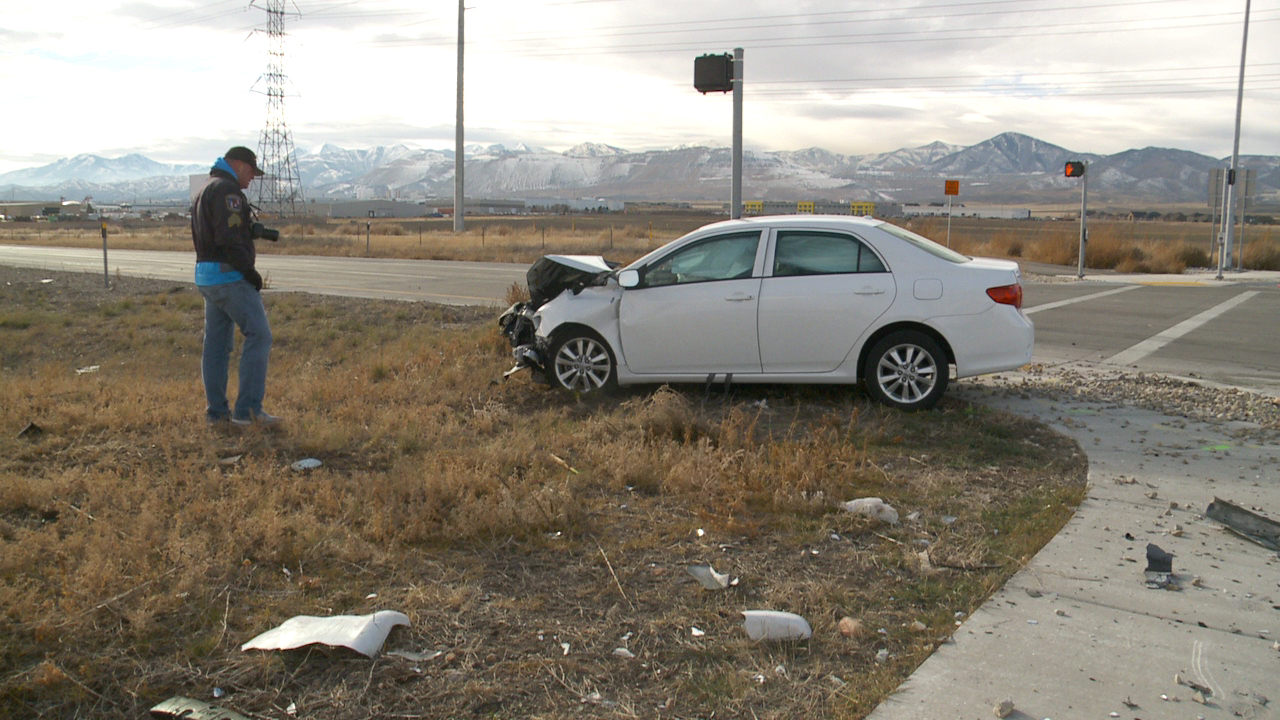 WEST JORDAN, Utah – An individual was flown to a hospital with critical injuries and two others were transported with minor injuries after a two-vehicle crash Friday.

The crash occurred at Mountain View Corridor and 9000 South.

Officer Randy Anglesy of the West Jordan Police Department said the female who was critically injured had to be extricated by fire department personnel.

“Two vehicles collided in the intersection, three people were involved,” he said. “Two in the one vehicle were transported to a local hospital, one that was more critically injured was transported by helicopter.”

Anglesy said a vehicle ran a red light but did not specify which vehicle had done so.

“One of the vehicles went through a red light, and they collided in the intersection,” he said.

Southbound Mountain View Corridor at 9000 South is closed as crews investigate the crash, and traffic is being diverted.