SANDY, Utah – When someone with Grinch-like intentions burglarized an apartment and left a Sandy family without any Christmas presents, local officers decided they had to get involved.

Around 6:30 p.m. on Christmas Eve, someone broke into the apartment of a mother and her two young children and stole all of the presents the family had.

There wasn’t anyone home when the burglary occurred, and the residents didn’t get inside until police were already on scene to investigate.

Officers said that when they saw the reactions of the children who just had their Christmas stolen, they knew they had to get involved.

“As a shift we really came together and decided that we needed to help. So we got together and ran to the store and tried to pick out what we thought these kids would want,” said Officer Travis Bradley of Sandy PD. “…Everybody pooled their money and got them taken care of."

Carolina Mildenhall was moved to tears as she described the officer’s actions to FOX 13 News, and she said the police had told her they wanted to help but she had no idea how much help they were going to bring.

“They knock on the door, and there was actually a Santa with a full red bag,” she said. “Totally unexpected, and they all came in and started singing carols with the kids… Then Santa started giving them presents.”

Sandy PD provided several photos of them wrapping presents, which are available in the gallery below. See the video above for interviews with the mother of the children and one of the officers. 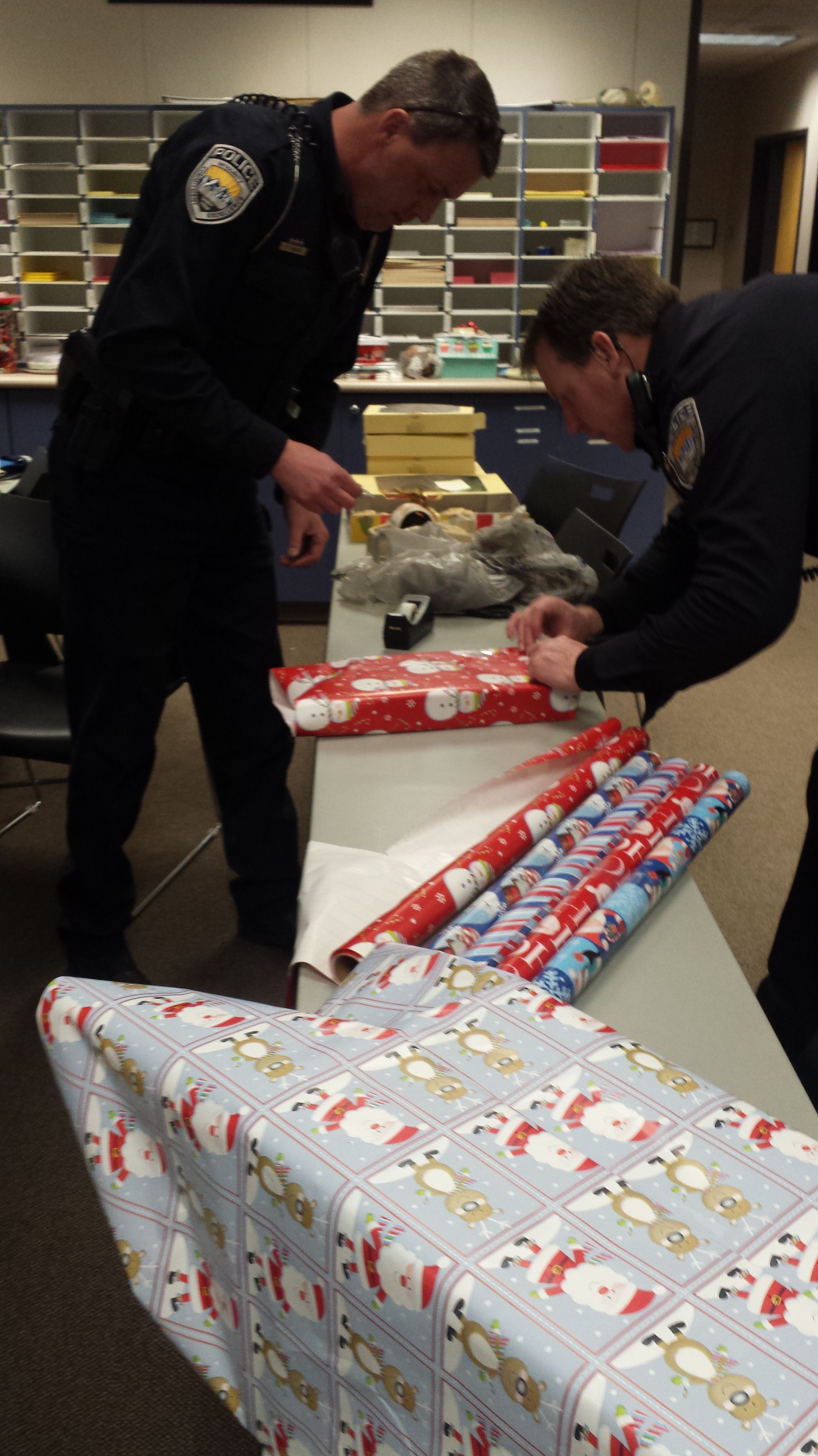