NORTHERN UTAH -- Utah Highway Patrol officials said three patrol vehicles have been hit Monday, and FOX 13 News has photos from one of the accidents.

The photos in the video above and the gallery below show a UHP truck that was hit in Tooele County Monday afternoon.

Sgt. Todd Royce of the Utah Highway Patrol told FOX 13 News the truck is the third UHP vehicle to be hit Monday. He said there have not been any injuries in connection with the crashes, which he said were caused by people going too fast for the conditions.

The other two crashes occurred in Utah and Davis counties. Royce said people need to slow down when there is inclement weather. 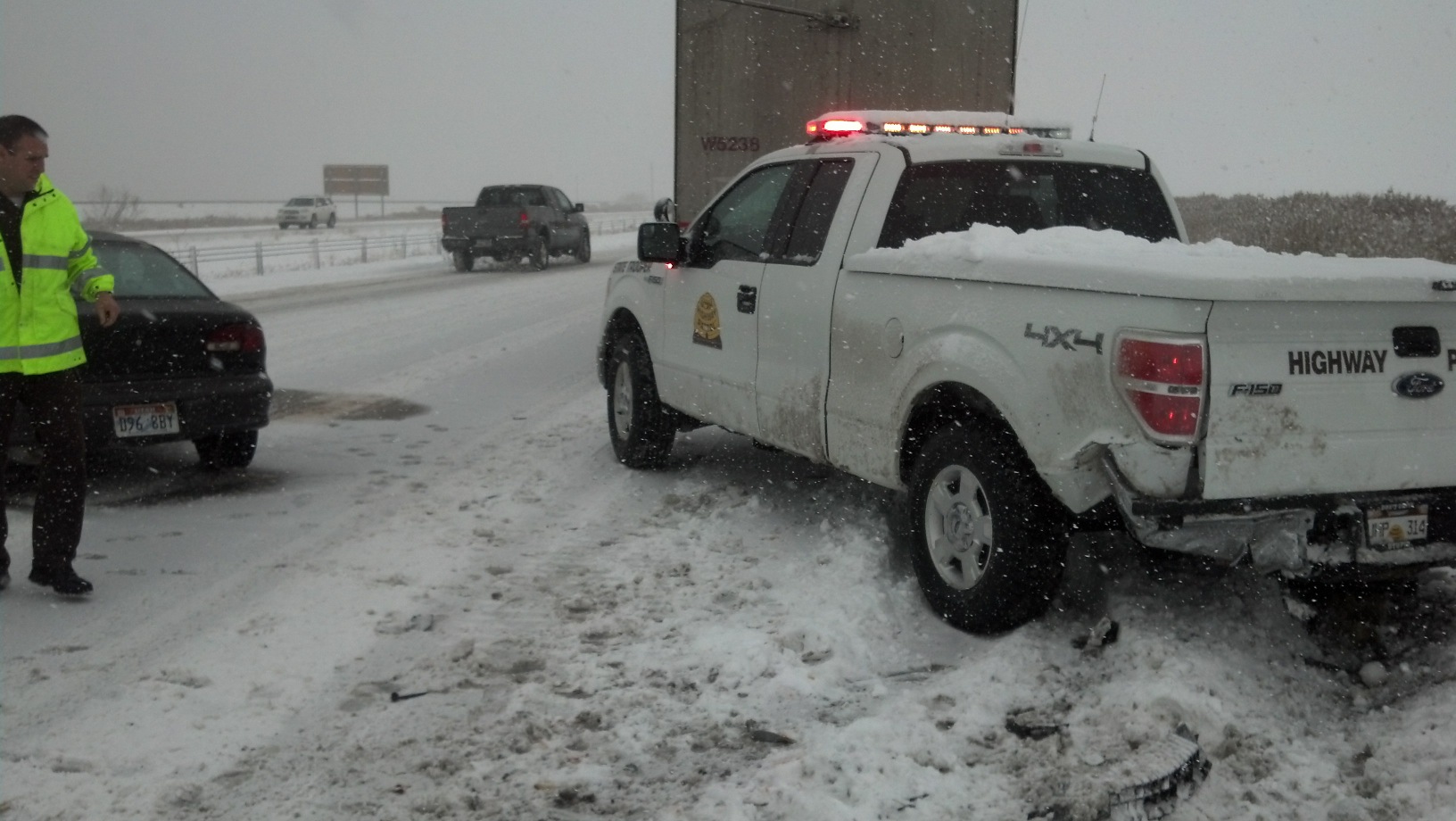