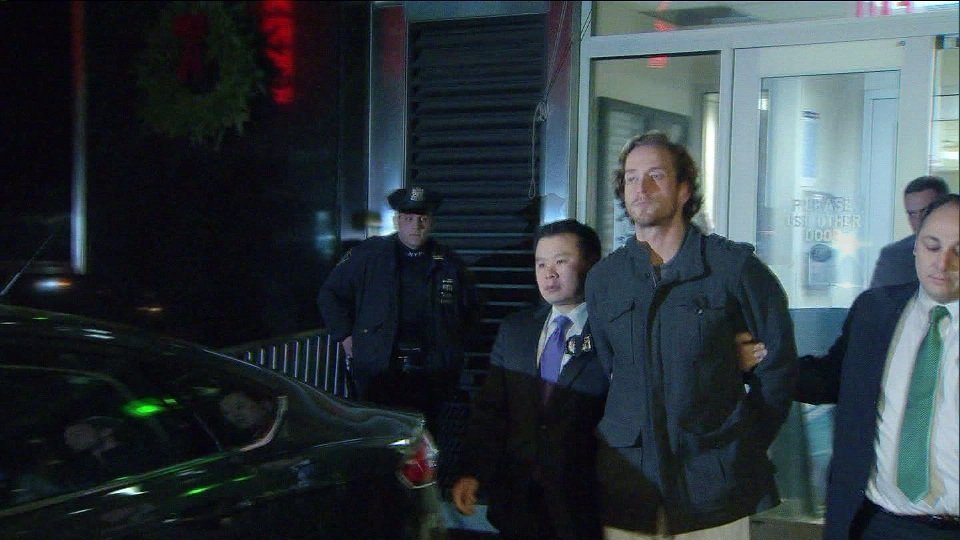 NEW YORK (CNN) — A man who started a biotech hedge fund was found shot to death in his upscale Manhattan apartment.

His son, Thomas Gilbert Jr., was arrested on suspicion of homicide and criminal possession of a weapon.

His wife found his body in their eighth-floor apartment about 3:30 p.m Sunday. He had been shot in the head.

At the scene, officers found a gun resting on Gilbert Sr.’s chest, with his left hand covering it, NYPD Chief of Detectives Bob Boyce told reporters.

They saw what they perceived to be a staged crime scene, Boyce said, and set up surveillance at the son’s apartment.

Officers executed a search warrant at the son’s apartment and found several pieces of potential evidence: magazine clips, loose rounds, a manufacturer’s box of a Glock .40 caliber and a shell casing envelope with the serial number of the gun recovered at the crime scene, according to Boyce.

“Something just kaboom, just hit the floor loudly,” said Christopher Kelly, who lives below Gilbert Sr.’s apartment, describing what he heard to CNN affiliate WABC. “That’s all I heard — like something dropped somewhere.”