Man who may have been intoxicated hits at least 3 parked cars, suffers serious injuries 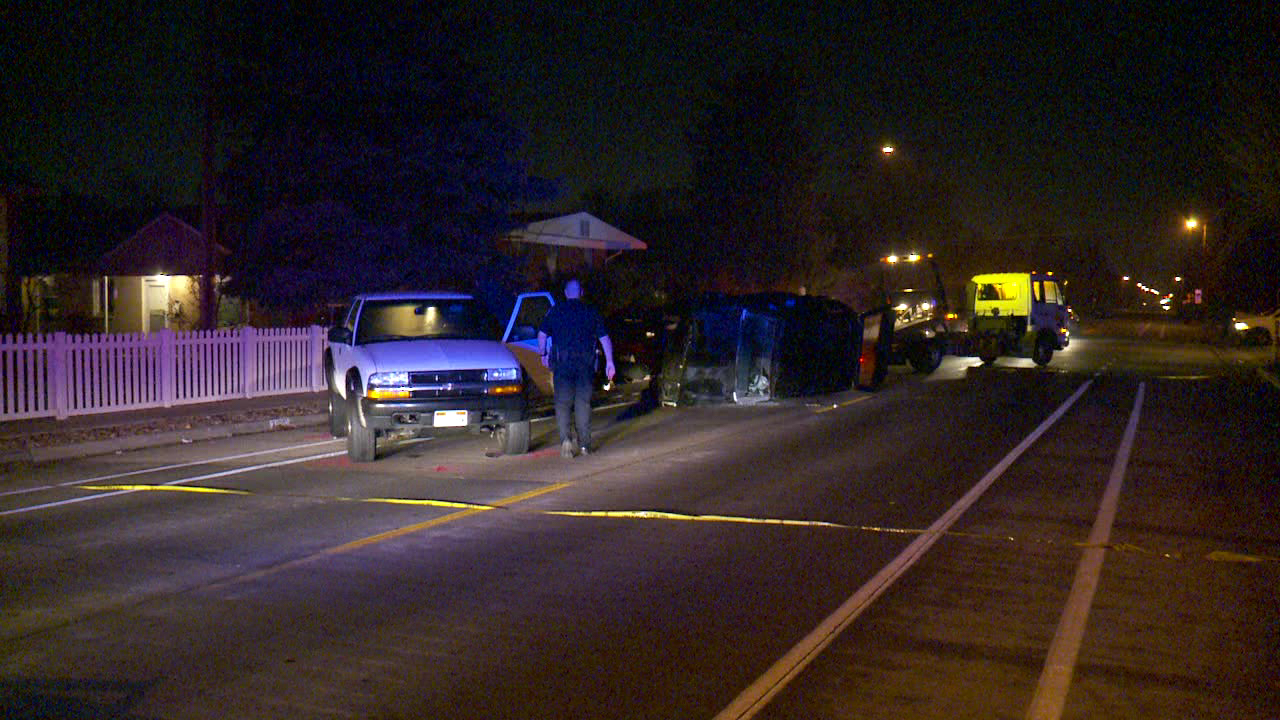 SOUTH SALT LAKE — A man suffered serious injuries after a rollover crash in South Salt Lake late Tuesday night in which the vehicle struck at least three parked cars, and police said the crash may have been related to alcohol and that the driver will likely face charges.

Sgt. Darren Carr of the South Salt Lake Police Department said police were notified by a citizen that a car was driving at a high rate of speed on 500 East.

“[ Police received a] report of car driving at a high rate of speed southbound on 500 East, a witness actually saw him hit a car at about 2800 South, was following—called in,” Carr said. “And, in the process, before we were able to respond, obviously he wrecked into two parked trucks here at about 3100 South.”

The Jeep wound up on its side after striking the two parked trucks.

The driver, a 19-year-old male, suffered serious injuries and had to be extricated from the vehicle by fire personnel. Carr did not provide specific details regarding the nature of the man’s injuries but he described them as being serious but not life-threatening. The man was wearing a seat belt, and the airbags in the vehicle did deploy.

Carr said there may have been damages to other vehicles.

“Three separate cars that we know of at least, and that’s only because we picked him up at about 2800 South, who knows where he actually came from,” Carr said.

Carr said the driver appeared to be under the influence, and he said it was most likely alcohol that impaired the man.

He said further investigation is necessary but said, “Yeah, he will eventually face some form of charges.”