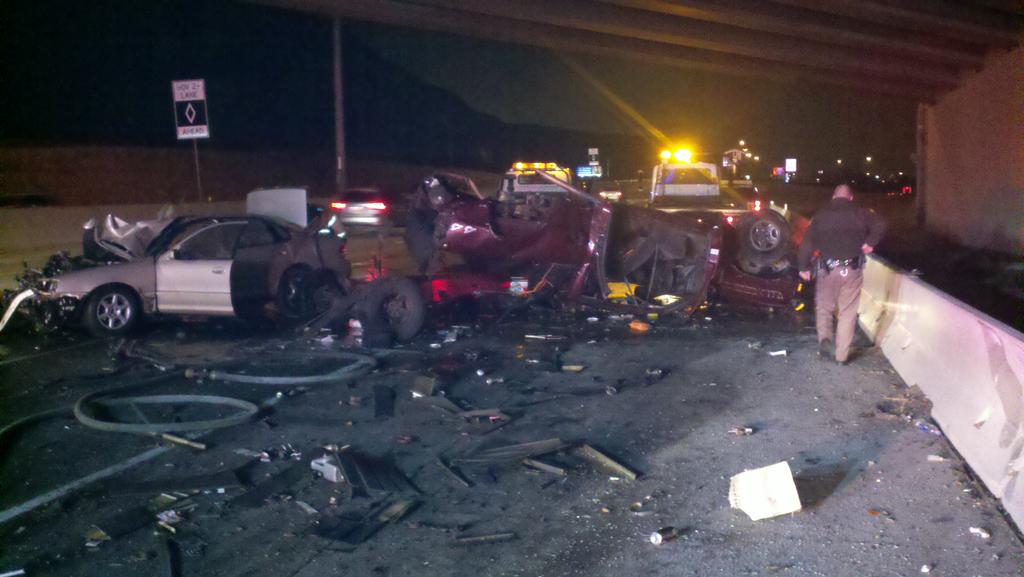 NORTH SALT LAKE, Utah – Two drivers are recovering after a violent and fiery car accident on I-15 Thursday.

It happened in North Salt Lake in the southbound lanes just before 5 a.m.

Troopers said a woman driving a four-door car crashed into a pickup truck that was pulled over on the side of the road mechanical problems.

Officials said the woman hit the truck at freeway speeds which sent both vehicles up in flames.

Troopers said drugs or alcohol may have been involved.

UHP Sgt. Jimmy Banks said, “Yes, there was an odor of alcohol there and there is an ongoing investigation for driving under the influence of alcohol and both these people survived.”

The woman was taken to the hospital and officials said charges will likely follow after she is released.

Her identity has not yet been confirmed.