SANDY, Utah - A water main break in Sandy shut down roads near 90th S. and Monroe Wednesday morning, and residents and businesses in the area were without water for several hours.

Monroe heading north from 9000 S. will be shut down until all repairs can be made to the pipe. Officials said a pressure spike caused the pipe to burst. They said corrosive soil has been eating away at iron pipes, which has led to several breaks in the area in recent months.

Authorities working to clean up said they expect the streets to be closed until Wednesday evening at the earliest. Water service was restored Wednesday evening, but road work is expected to continue for several days in the area.

One westbound lane is open at this time. 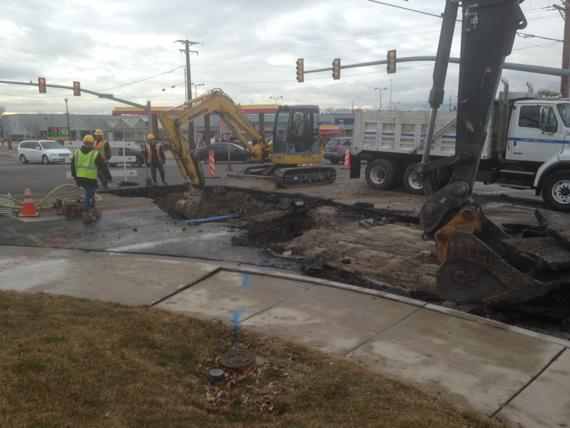