HEBER, Utah – State troopers shut down a portion of Highway 40 in Daniel’s Canyon Friday night. Around 9:45 p.m., an oil tanker carrying 12,000 gallons of crude oil crashed and the truck was burned beyond recognition.

“When we were arrived, the truck was fully engulfed and the flames were going up the hill," said Lt. Janet Carson from the Wasatch County Fire Department.

Wasatch County Fire Department worked on 10 acres of land burned by the fire. Crews were putting out hot spots throughout the day Saturday.

“They had the whole road shut down here, and it was a very intense fire,” said Michael Eriksson, area manager for the Northeast Area Division of Forest Fire and State Lands.

The driver was uninjured in the accident but was cited for failure to maintain his lane.

“No indication from the driver whether speed was a factor or just whether he got distracted negotiating the curve,” said Sgt. Jed Jorgenson from the Utah Highway Patrol.

An environmental clean-up crew was on scene making sure oil did not make it into the river.

“Our main concern was damming and diking so that the crude oil that was in the truck didn't go come down and hit the culvert and go down into the river,” Carson said.

The Utah Highway Patrol plans to keep one lane of Highway 40 closed while they make sure the fire is fully contained and clean up the area. 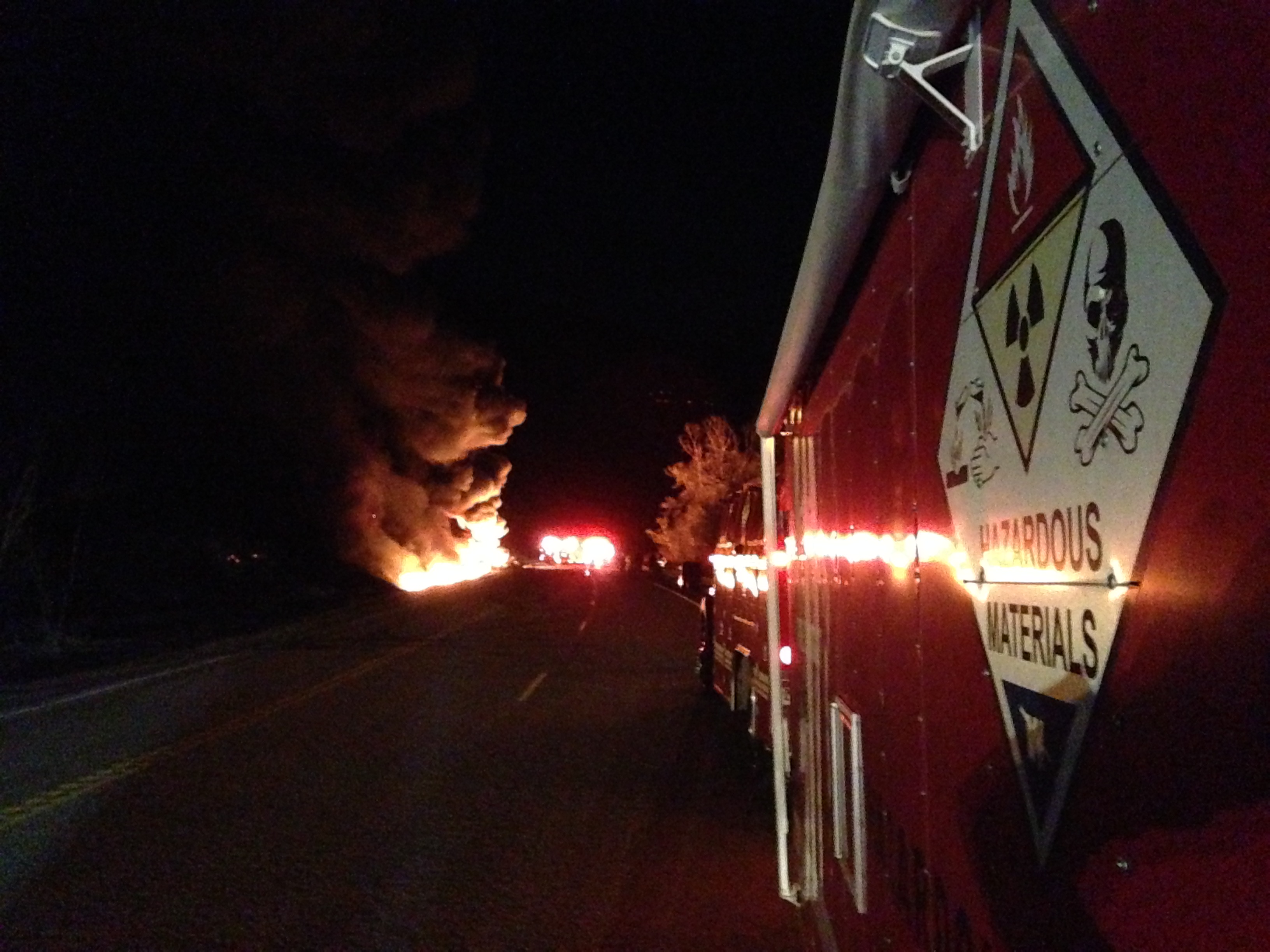