Bruce Jenner speaks out on car crash: ‘It is a devastating tragedy’ 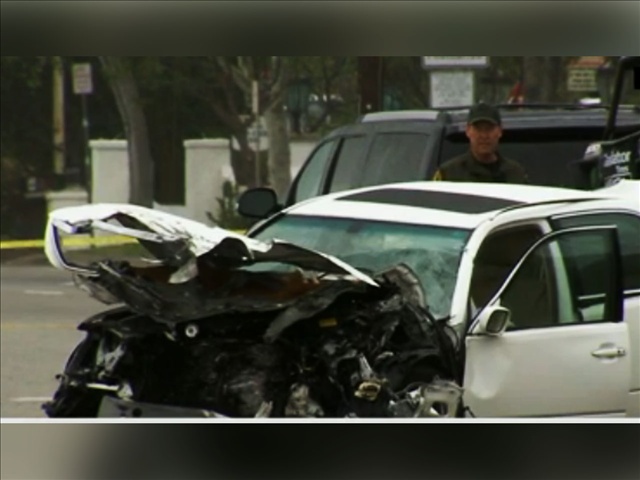 By Steve Almasy and Holly Yan

“My heartfelt and deepest sympathies go out to the family and loved ones, and to all of those who were involved or injured in this terrible accident,” Jenner said in a statement released Sunday by his publicist, Alan Nierob. “It is a devastating tragedy, and I cannot pretend to imagine what this family is going through at this time. I am praying for them. I will continue to cooperate in every way possible.”

Jenner earlier told police that paparazzi were chasing him when he was in the wreck, but investigators have said there’s no sign photographers following him played a role in the crash.

“That is a very regular occurrence, and (there is) no indication at this time it was a contributing factor of the crash,” Los Angeles County Sheriff’s Department Lt. John Lecrivain said.

Authorities haven’t determined who was at fault in the Saturday crash, Sgt. Phillip Brooks of the Los Angeles County Sheriff’s Department told CNN Sunday. They also haven’t released details about the victim.

Jenner first catapulted to fame after winning the 1976 Olympic decathlon and now draws the celebrity spotlight for his role on the “Keeping Up With the Kardashians” reality show.

He was driving a black Cadillac SUV on Saturday that was the third vehicle involved in a multiple read-end collision, Brooks said.

The first vehicle was a black Toyota Prius, CNN affiliate KCAL reported, citing deputies. Behind it was a white Lexus sedan that also hit its brakes.

Jenner’s Escalade was towing a trailer with an all-terrain vehicle on it when it ran into the Lexus from behind, Brooks said. The Lexus spun into oncoming traffic and was hit by a Hummer H2. The driver of the Lexus was killed.

Photos published on the TMZ celebrity gossip website purported to show the moment of impact.

No information about the deceased was immediately available. Jenner, 65, was not injured in the crash, publicist Alan Nierob said.

The department later opened a vehicular manslaughter investigation, a source close to the case told CNN legal analyst Mark Geragos. The investigation will focus on everyone in the case, not just one person, the source said.

The Sheriff’s Department said on its Facebook page that the surviving drivers were cooperating with investigators.

The accident occurred on a tricky stretch of the highway, where the road is narrow and twisting.

In a bizarre twist to the story, a car later drove through safety barriers around the scene and struck two of the cars from the initial accident, Cmdr. Mike Parker of the Sheriff’s Department tweeted. The driver was arrested on suspicion of driving under the influence, Parker wrote.

Jenner won the 1976 Olympic decathlon with a world record score for the 10-discipline event. He quickly capitalized on his success with Wheaties commercials, appearances and other ventures.

He became an actor, appearing in the drama “CHiPs” in 1981 and occasionally playing himself on shows such as “Silver Spoons.”

More recently, he has gained fame as the well-known stepfather of Khloe, Kim and Kourtney Kardashian on their family’s E! entertainment network reality show.

He and Kris Jenner, the show’s matriarch, divorced last year.

E! said Jenner was not shooting for “Keeping Up with the Kardashians” on the day of the accident.