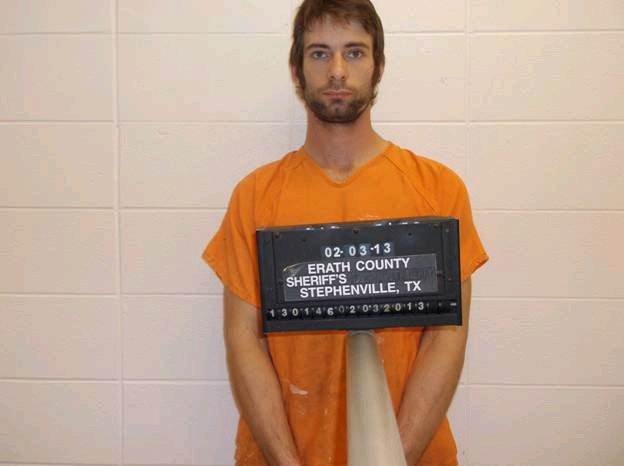 By Chris Lett and Ralph Ellis

STEPHENVILLE, Texas (CNN) — A former deputy testified last week that he overheard the defendant in the “American Sniper” murder trial explain why he killed two men.

Testimony resumes Monday in Routh’s trial. He is charged with murder in the February 2, 2013, shooting deaths of Chris Kyle, the former Navy SEAL who was the subject of “American Sniper,” and Kyle’s friend, Chad Littlefield, at a firing range.

Routh’s lawyer admits his client killed the men but contends he was insane at the time.

In other testimony, Texas Ranger David Armstrong said investigators searched Routh’s residence and found drug paraphernalia, including a pipe commonly used for methamphetamine as well as “a ceramic pipe, what’s believed to be a bong, a grinder used to grind different substances and a loose leafy green substance” which lab tests confirmed was marijuana.

Routh’s uncle, James Watson, testified that on the day of the slayings he was rousted out of bed by a call from Routh’s girlfriend, asking him to come over because she and Routh had been arguing.

He said he showed up and smoked marijuana with Routh, offered fatherly advice about women and played a hymn from his phone. They smoked marijuana together occasionally, Watson said, and Routh smoked “not everyday, but pretty regular.”

When asked what they usually did after smoking marijuana, Watson said, “We just sit around and enjoy it.”

Routh left the house abruptly, apparently because Kyle had arrived to take him to the firing range, Watson said. Hours later, Routh showed up at Watson’s home and allegedly said, “I’m driving a dead man’s truck” — apparently a reference to Kyle’s truck, which he allegedly stole after the killings.

Watson said this did not alarm him because Routh sometimes made bizarre statements after returning from military service, such as saying the government was after him.

After being arrested, Routh told a detective he was worried about his own mental state, according to an officer’s body camera video.

In the video played in court Thursday, Routh was sitting in Kyle’s stolen truck when he told a detective: “I don’t know if I’m going insane.”

Routh also spoke of voodoo, hell and the apocalypse in the video.

Dr. Jeffrey Barnard, a medical examiner with the Southwest Institute of Forensic Sciences, testified that two of the six bullets that hit Kyle would have been “rapidly fatal.”

A prosecutor asked Barnard several times whether the other victim had wounds consistent with someone lying on the ground or in a kneeling position, but the doctor couldn’t say.

The prosecution appeared to be attempting to establish that Littlefield and Kyle were defenseless when shot. Both men were shot multiple times at a Texas firing range in February 2013.

Kyle and Littlefield were wearing loaded handguns in their waistbands when they were found, an investigator testified Thursday.

Michael Adcock with the Texas Department of Public Safety said he also found shell casings, ammunition and several firearms on the ground when he arrived at the Rough Creek Lodge firing range outside Dallas.

The guns on Kyle and Littlefield’s bodies were loaded, but two “old-style Western” revolvers were lying on the ground with all the bullets fired, Adcock testified. The slain men had fired these pistols at targets, the prosecutor has said.

The two men took Routh, a veteran with mental problems, to the firing range as a kind of therapy, lawyers have said.

After the killings, Adcock said, Routh drove Kyle’s pickup to a Taco Bell off Interstate 35 and purchased two bean burritos, leaving a restaurant receipt in the driver’s side door of the truck.

The trial began Wednesday with a lawyer using Kyle’s own words to bolster an insanity defense.

But Erath County District Attorney Alan Nash told the jury that Routh told investigators he used drugs and drank whiskey that morning. He admitted that he killed the two men and said he “knew what he was doing was wrong,” the prosecutor said.

A day at the range

Kyle had already risen to fame through his book when he died. He’d been doing charitable work to help former troops suffering from post-traumatic stress disorder.

The range is a small, remote part of the sprawling 11,000-acre Rough Creek Lodge, and the men were isolated, authorities said.

Frank Alvarez, resident manager of Rough Creek Lodge, testified Kyle had “exclusive access to the range when he came out.”

Kyle had said he was going to use the range for about 45 minutes, Alvarez testified, but “about 5 p.m. I got a radio call that said I had to go to the shooting range. Something had happened.”

A hunting guide found Kyle, 38, and Littlefield, 35, who also was a veteran, motionless and called 911. The men were dead when officers arrived.