Man injured after car goes down embankment, into river in Provo Canyon 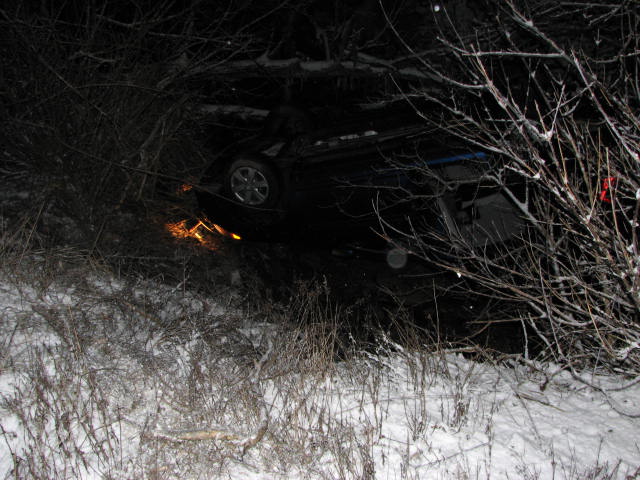 PROVO CANYON, Utah — A man was taken to a hospital with minor injuries Saturday night after losing control and sending his car down an embankment and into the river in Provo Canyon.

According to the Utah Highway Patrol, the crash occurred around 7:30 p.m. on SR-92 near mile post 27. Officials stated the road was icy from a small snow storm that had passed through the area, and the man lost control of his vehicle and went off of the right side of the road.

The vehicle went down an embankment and into the river, turning over onto its top. Photos from the scene show the car on its roof in the river. The driver suffered minor injuries and was taken to Utah Valley Regional Medical Center by ground in fair condition.

SR-32 was closed for about 30 minutes as crews loaded the victim for transport to the hospital.