SUNDANCE, Utah – Two women are expected to recover after a rollover crash sent them into a creek along SR-92, and officers say seat belts helped save their lives.

According to the Utah Highway Patrol, the vehicle was headed east on SR-92 heading towards Provo Canyon.

The driver, a 50-year-old woman, was driving too fast for snowy conditions, and their vehicle slid off the right side of the road, drove off an embankment, then into the creek channel wall before landing in the creek.

Emergency crews were able to get the driver and her 74-year-old mother out of the vehicle and to an ambulance.

Both women were transported to the hospital and are expected to recover. 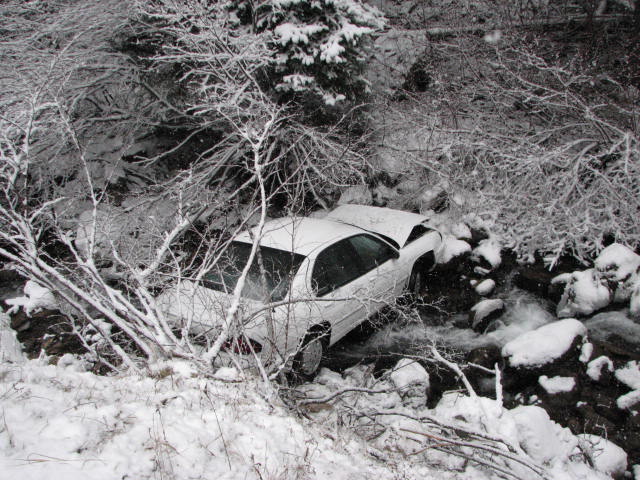