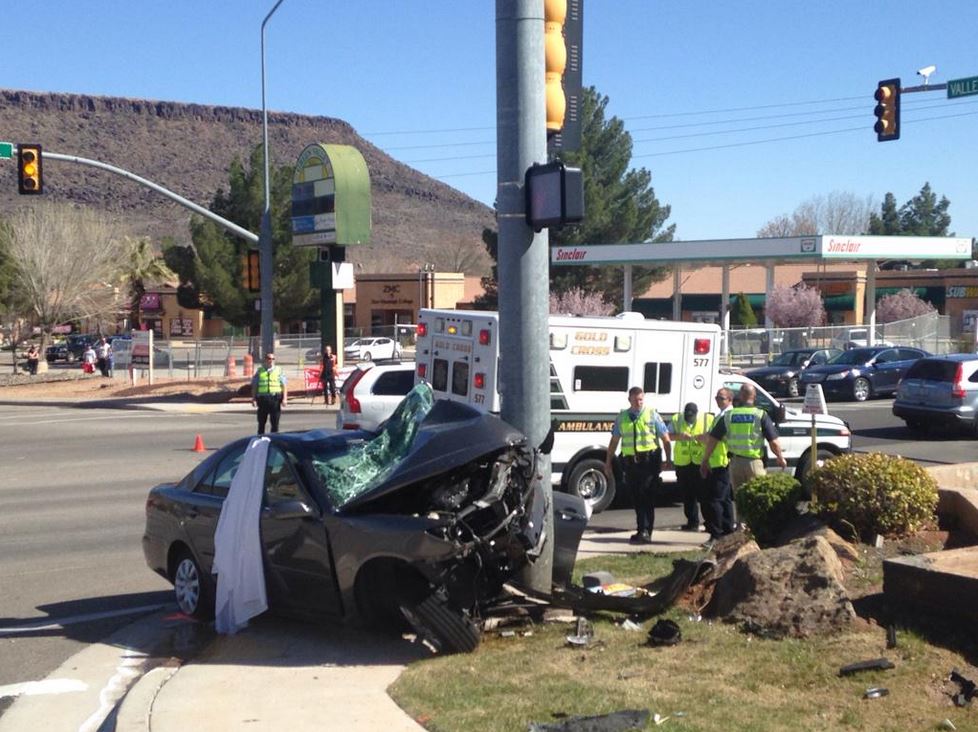 At approximately 2 p.m., Shirley Gaston, 84, of St. George, was traveling south on Valley View Drive when she drove through the intersection at Dixie Drive at a high rate of speed, according to a St. George police Facebook post.

Gaston was pronounced dead at the scene.

The St. George Police Department Accident Reconstruction Team, Investigations Division and supervisors were called out to conduct an accident investigation.

Capt. Scott Staley with St. George police said it was not clear why the woman hit the pole, but he said it appears a preexisting medical condition of some kind may have caused her to crash. Photos from the scene courtesy Spectrum Media show the aftermath of the crash, see the gallery above for those images.

An autopsy has been requested to determine if a medical condition contributed to the crash.