Driver flown to hospital, others had minor injuries in West Jordan accident 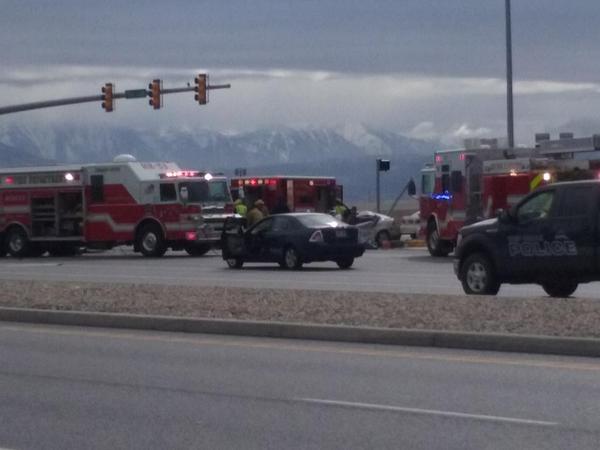 WEST JORDAN, Utah – A medical helicopter has been called in for a wreck at Mountain View Corridor and 9000 S.

Emergency crews were called to the accident just after 11 a.m. Thursday.

Officials said two people are injured but their conditions are not confirmed at this time.

Rescuers had to cut at least one of the victims out of a vehicle.

He said the Grand AM spun out and hit a crosswalk pole..

Three people were in the Grand AM; a 38-year-old man, a female passenger and a child.

The driver was flown to the hospital in critical condition but is expected to survive.

The ages and injuries of the woman and child are not known at this time.

Sgt. Monson said the female driver in the Corolla had very minor injuries.

Officials did have not confirmed information about citations.