Multiple people injured in yet another crash along Mountain View Corridor 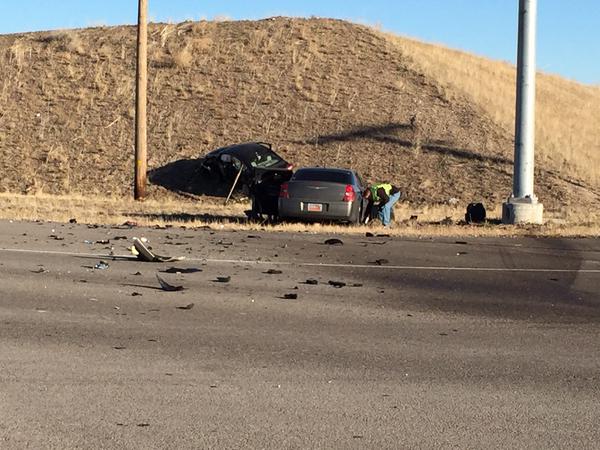 WEST VALLEY CITY, Utah – A driver ran a red light and crashed into another car, a second crash of this kind on Mountain View Corridor in as many days.

West Valley City Police said a Nissan traveling west on 6200 S. ran a red light and crashed into a Chrysler heading northbound on Mountain View Corridor at about 9 a.m. Friday.

Two people in the Nissan were hurt; the 17-year-old woman driving the car was flown to the hospital in serious condition.

Her passenger, a 17-year-old man, was rushed to the hospital in an ambulance.

A 25-year-old mother and her 4-year-old child were in the Chrysler.

The mom had minor injuries and the child wasn’t hurt but relative took them to the hospital to be checked as a precaution.

Police said a woman ran a red light and crashed into another car at 9000 S.

Police say the driver of a blue Toyota Corolla was distracted when she hit the silver Pontiac Grand AM.

The driver of the silver car was critically injured and a woman and child had serious injuries.