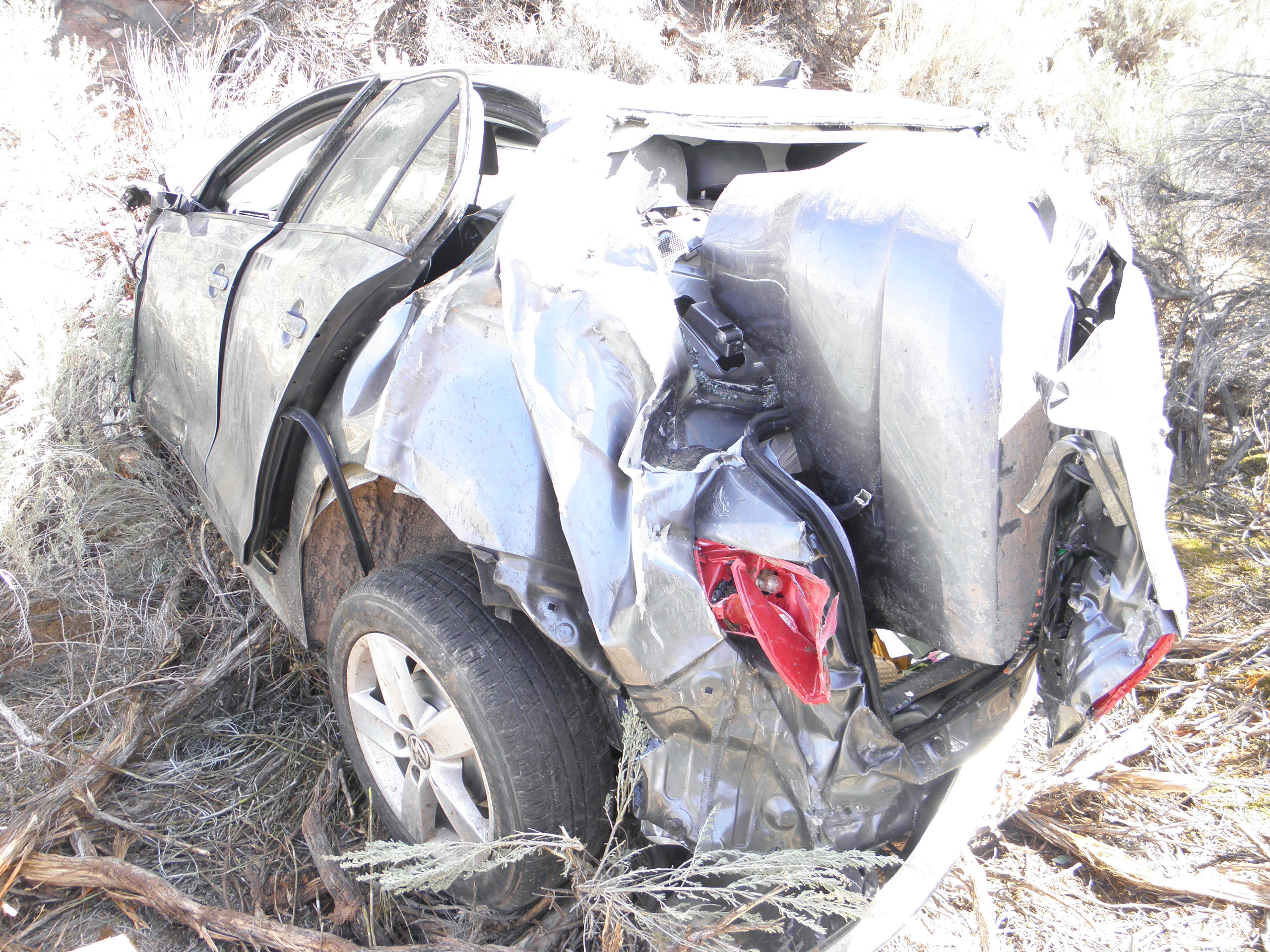 DUCHESNE COUNTY, Utah – A woman suffered serious injuries after her vehicle went off of the road, through a guardrail and into Red Creek wash, and police stated the vehicle went airborne after hitting the bottom of the wash.

According to the Utah Highway Patrol, the crash occurred around 9:35 a.m. on SR-40 near mile post 66, which is near the city of Fruitland in Duchesne County.

Witnesses reported that the silver Volkswagen Jetta was traveling at a high rate of speed before the vehicle went off the right shoulder of the road. The car went through a guardrail and into the wash, and when it hit the bottom of the wash, “the vehicle became airborne,” according to UHP.

The driver, a 38-year-old female, was not wearing a seat belt and she was ejected from the vehicle. She was flown to a hospital and suffered serious injuries.