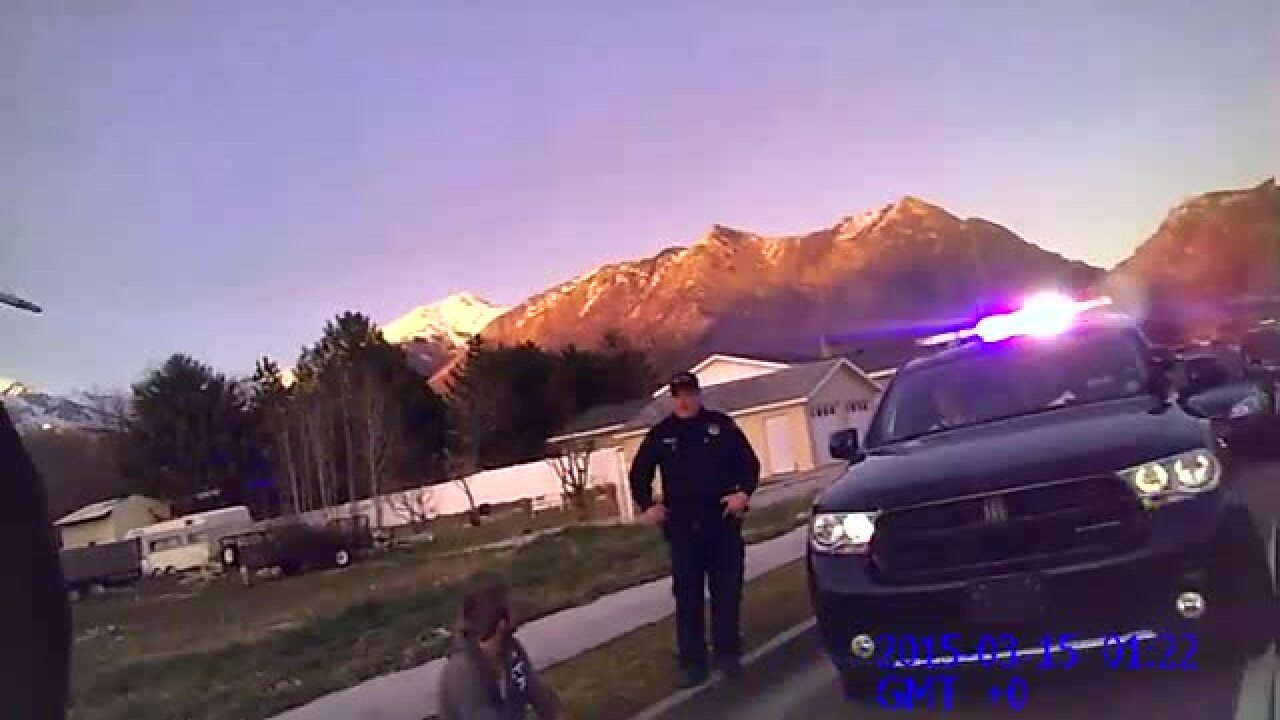 HIGHLAND, Utah - Authorities have released the body cam video after police say a man attacked an officer during a traffic stop.

Officials said they discovered the two people in the car had past drug "involvement" so police had a K9 search the car.

The K9 alerted officers to a possible controlled substance in the vehicle.

Authorities said they asked the passenger to get out of the car.

An officer said that is when one of the suspects lunged at him.

In the video the suspect, 20-year-old David Bassett-Serrano, can be heard saying he didn't give consent for officers to search the car.

Then the video goes dark and a struggle can be heard.

Authorities said other officers were able to pull Bassett-Serrano off of the officer.

Bassett-Serrano was then booked into the Utah County Jail on multiple counts including assaulting an officer and interfering with an arresting officer.