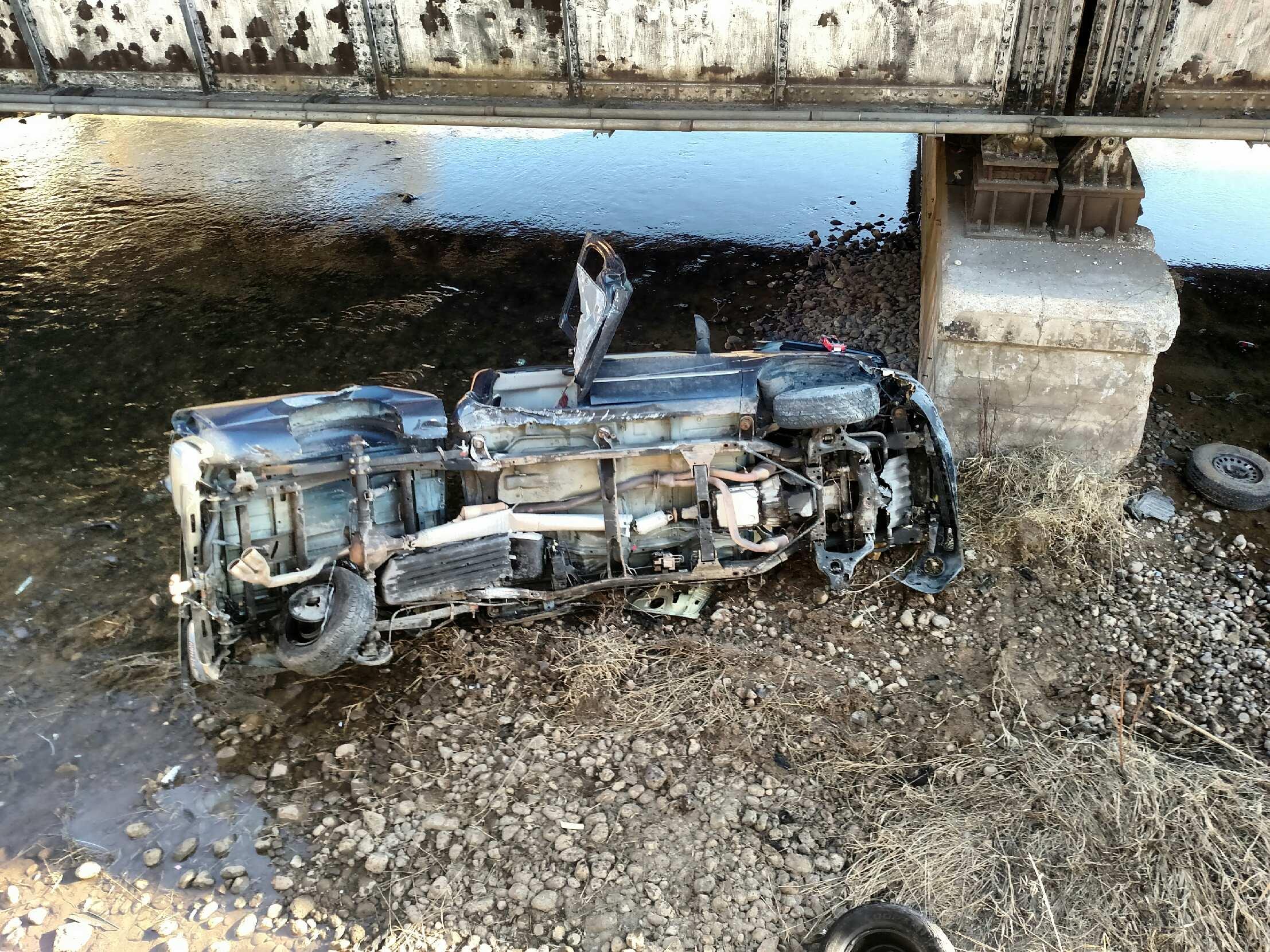 WEBER COUNTY, Utah – A man died after he lost control of his truck on I-84, and the vehicle left the road, vaulted off the highway, struck a railroad bridge and crashed into the Weber River near Devil’s Canyon.

According to the Utah Highway Patrol, 33-year-old Joseph D. Stakely of Ogden was driving westbound on I-84 at a high rate of speed when he lost control and the GMC truck, “ran off the road to the right and vaulted off the highway.”

The truck impacted a railroad bridge and ended up in the Weber River on its side. Stakely was not restrained, and he suffered fatal injuries in the crash.

Lt. Chris Simmons, UHP, said crews brought in a heavy wrecker to move the car out of the river Thursday morning, and the bridge was inspected and found to be safe for rail traffic to continue along it. The bridge was shut down for several hours to be inspected for safety reasons, and at about 11:40 a.m. Thursday Simmons said rail traffic had already continued again as normal.

The vehicle was spotted Thursday morning, but it wasn’t clear exactly when the crash occurred.