WARNING: The photos below depict an accident scene that left more than 100 sheep dead and some may find the images disturbing. Viewer discretion is advised. 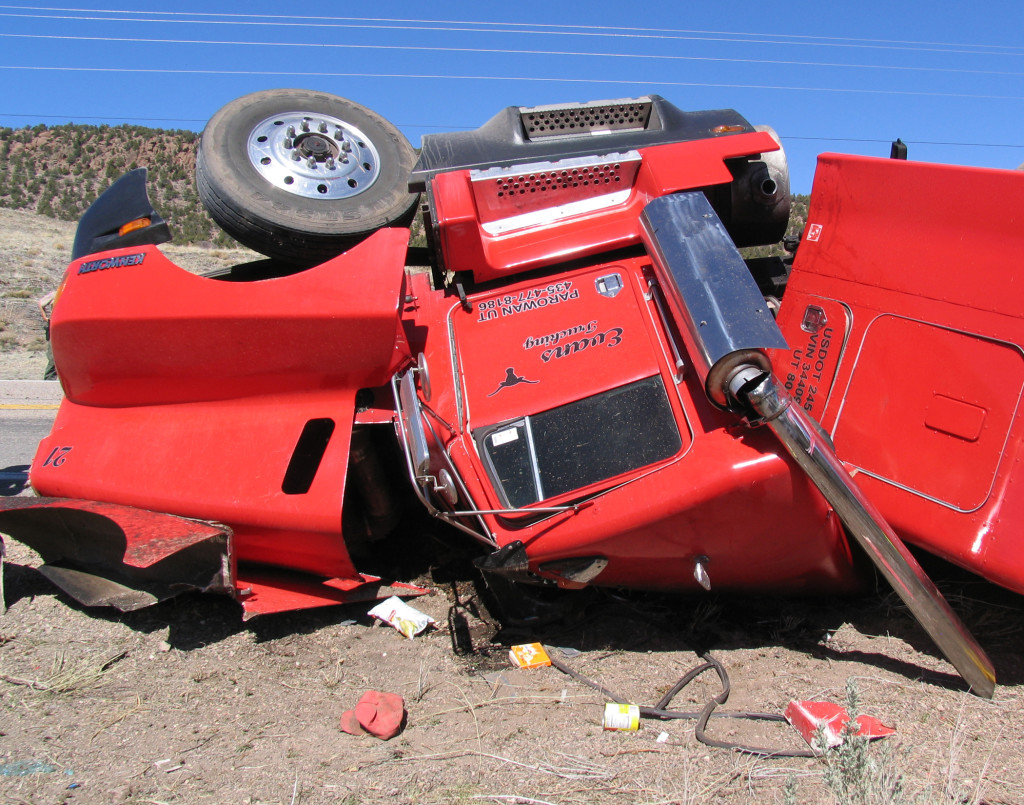 CEDAR CITY — A semi pulling two trailers rolled over on State Route 56 Friday afternoon, and 121 sheep were killed in the crash and the driver suffered leg pain.

ST. George News reports the truck was about 10 miles west of Cedar City on SR 56 when the trailers carrying between 320 and 330 sheep rolled for an unknown reason around noon.

Wade Webster is the son of the rancher who owns the sheep, and he had been traveling ahead of the semitrailer in another vehicle but turned around when he found the truck was no longer behind him. He told St. George News that locals stepped in and used all-terrain vehicles to help him round up the surviving sheep.

“Chief Phillips directed his men and others to cut out the sides of the trailer so the panicked sheep could escape,” Webster told St. George News. “Saying, ‘That’s some man’s livelihood right there.’”

The driver suffered leg pain and was taken to a local hospital. The crash scene was cleared by about 3 p.m., and traffic began moving again as normal in the area. Click here for local coverage of this story and more photos at St. George News.com