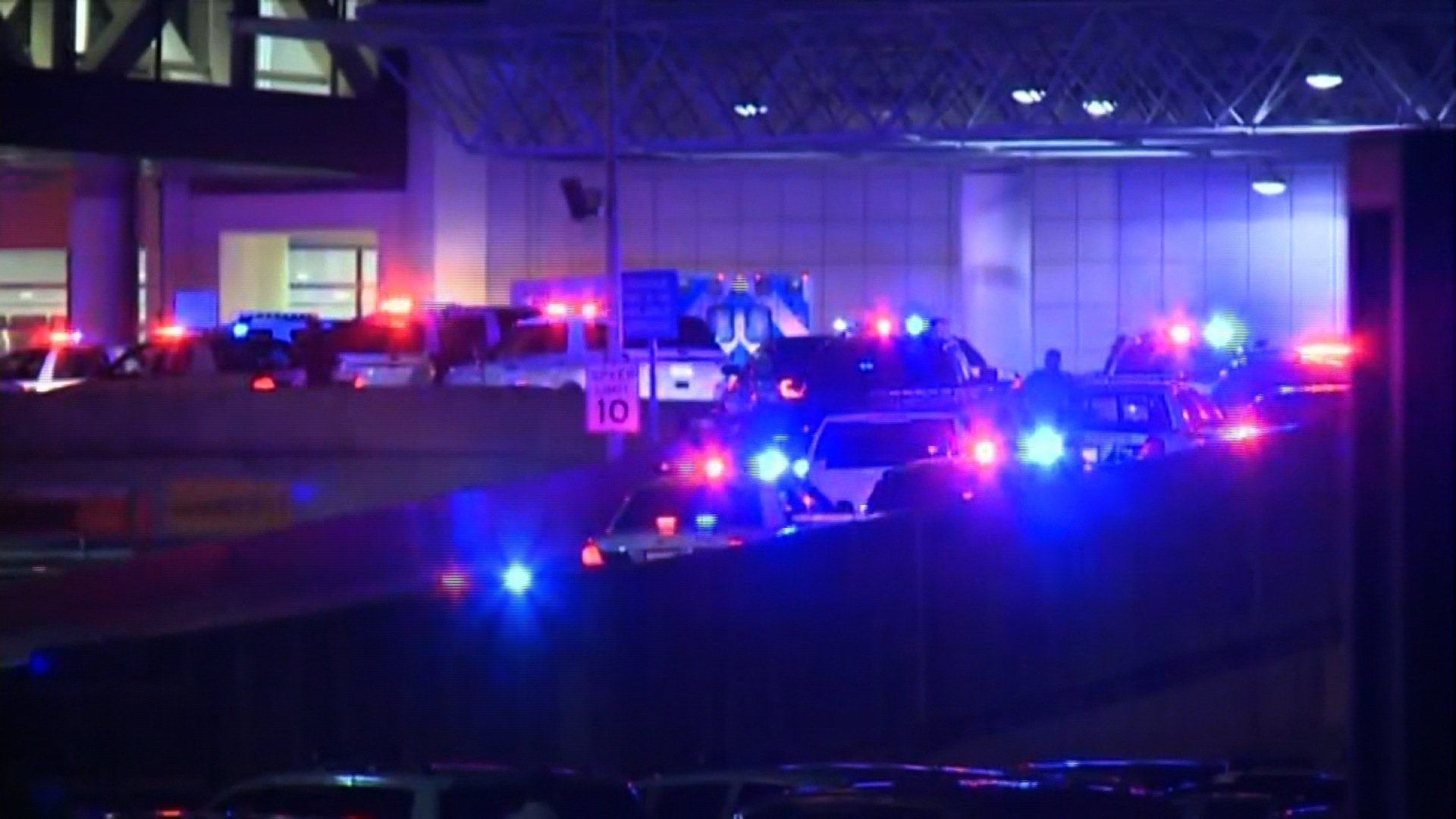 By Ed Payne and Melissa Gray

(CNN) — The man who attacked a security area at the New Orleans airport with a machete and wasp spray also had a bag of Molotov cocktails and a car containing smoke bombs and gas cylinders, authorities said.

The suspect, Richard White, 63, died Saturday after treatment for three bullet wounds he suffered when a sheriff’s lieutenant fired at him to halt the Friday night attack, the Jefferson Parish Sheriff’s Office said.

Sheriff Newell Normand said earlier that investigators hadn’t been able to talk to White, who officials said suffered from some type of mental illness. He said White’s wife and children had been very cooperative.

Louis Armstrong New Orleans International Airport was back open and fully operational, Mayor Mitch Landrieu said. He praised security officials for acting quickly and heroically and doing everything they could to stop the attack.

Agent told everyone to ‘run, run’

The incident began when White, carrying a bag, entered one of the lanes at the security checkpoint for Concourse B and began spraying Transportation Security Administration agents and bystanders with a can of wasp spray, the sheriff’s office said.

He then pulled a machete from his waistband and began swinging it at agents and others in the area.

“What I saw originally was one of the officers getting sprayed with the wasp spray,” said TSA agent Caroll Richel, whose arm was hit by one of the bullets fired at White.

The officer being sprayed with wasp spray picked up a bag and threw it at White to slow him down, but the suspect still barged through, Richel told reporters.

Richel, who was not armed, yelled for everyone to run as she made her way toward the sheriff’s lieutenant, who she knew had a weapon.

“I was calling, ‘Run, run’ for them to get away from him, and I was calling for the (lieutenant) so she was there and alert,” Richel said.

“I didn’t hear him say anything,” she said. “Once I yelled for the checkpoint to be cleared, I looked over my shoulder and he was coming after me. And I ran as fast as I could and thank God the officer was as close as she was, because I wouldn’t be here today.”

She said the man came “within inches” of whacking her with the machete.

“This man was swinging very hard, very hard with that machete,” Richel said. “And if he would have made contact with anybody, it would have been terrible.”

Richel showed off a bright pink bandage on her arm and said the bullet went through her tricep.

“Originally, I thought the machete hit me. I didn’t realize it was a bullet,” she said. “I knew he was close, so I honestly thought he hit me and she shot him.”

Officials cordoned off White’s bag and soon began noticing the smell of gasoline, Normand said. That prompted the evacuation of the area around Concourse B as the bomb squad investigated.

“What the bag revealed was six half-pint mason jars with cloth wicks into a liquid that we now know to be gasoline — what you would commonly refer to as a Molotov cocktail,” Normand said.

A grill lighter and plastic letter opener were also in the bag, and next to his body investigators found powdery material and wicks, which they determined were from crushed smoke bombs.

The bomb squad found more smoke bombs in his car, and in the trunk were three gas tanks — one for Freon, one for oxygen and one for acetylene, a compressed gas used in welding and metal-cutting. Normand said their intended purpose wasn’t clear.

No suspicions about attacker

Normand said “there is a mental illness component” in their investigation of the suspect.

“No one at this point in time has any notion about what may have triggered this behavior,” Normand said. “And not unlike dealing with the mentally ill, sometimes you will never know what actually triggers some of this type of behavior.”

People who had recently interacted with White described him as very cordial, calm, cool and collected, Normand said. They reported having no suspicions about him and said nothing seemed out of the ordinary.

It wasn’t clear why White was at the airport. Contrary to earlier reports, Normand said Saturday, White was no longer a taxi driver.