Standoff over after Pleasant Grove suspect surrenders, no one injured

PLEASANT GROVE, Utah - The standoff at a Pleasant Grove home ended after the suspect surrendered to authorities just after 1 p.m.

The suspect, 35-year-old Kevin Morse, is in custody and no one has was seriously injured.

Police went into the house and took him into custody with pepper spray.

"He surrendered to SWAT officers inside the home," said Lt. Britt Smith of Pleasant Grove police.

Officers said Morse cut his arm while breaking out a window earlier and he is being treated at the hospital.

Police have not said what charges, if any, will be filed.

Authorities said Morse's parents ran a daycare out of the home but no children were there during the standoff.

Court records show Morse has prior arrests stemming from drug use, including one just Thursday night for marijuana possession.

FOX 13 News' Todd Tanner spoke with a neighbor who knows the suspect, and she said an officer took up a position inside her home during the standoff. She said Morse had hit a rough spot in life lately, see the video above for her interview. 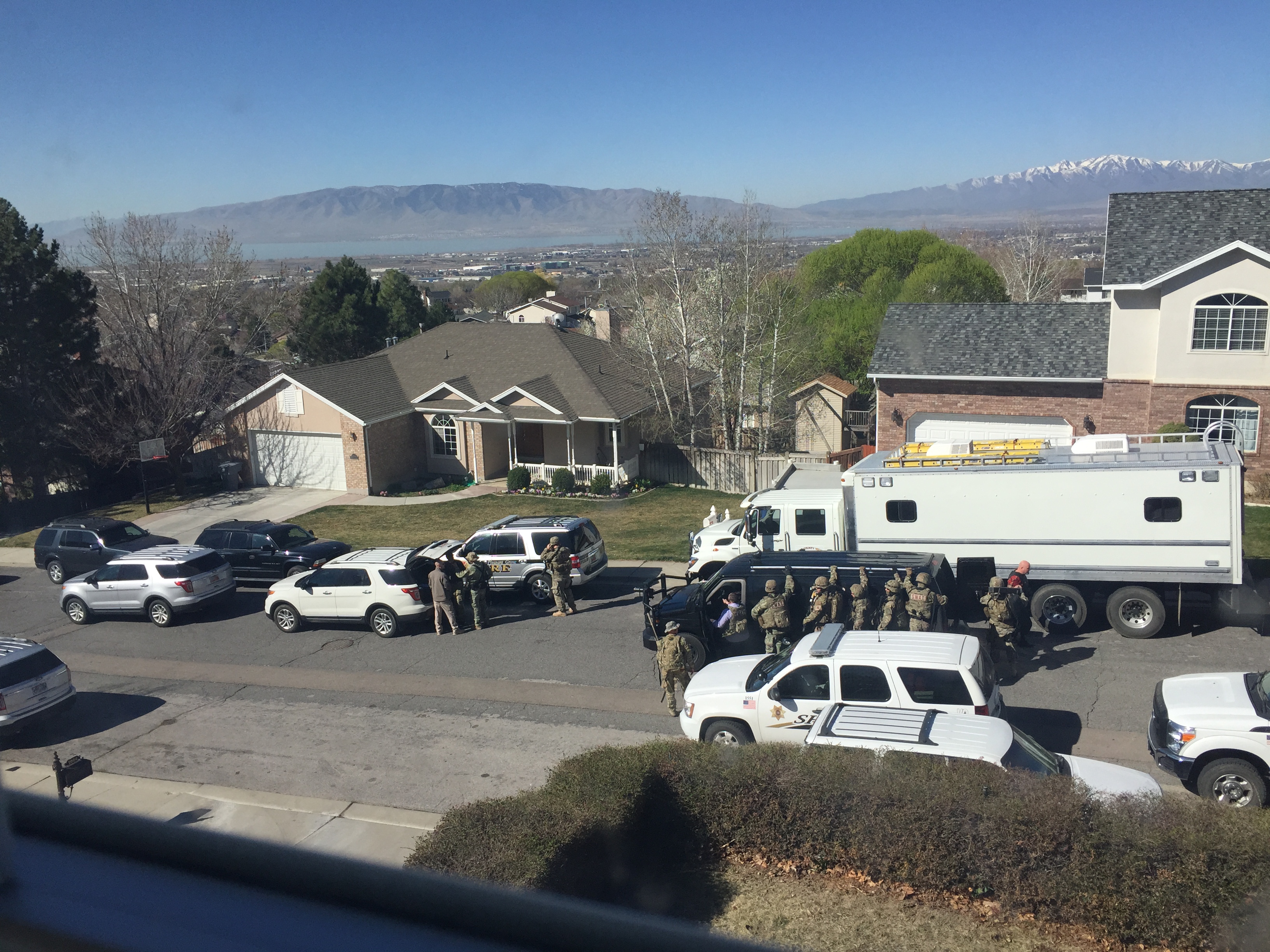