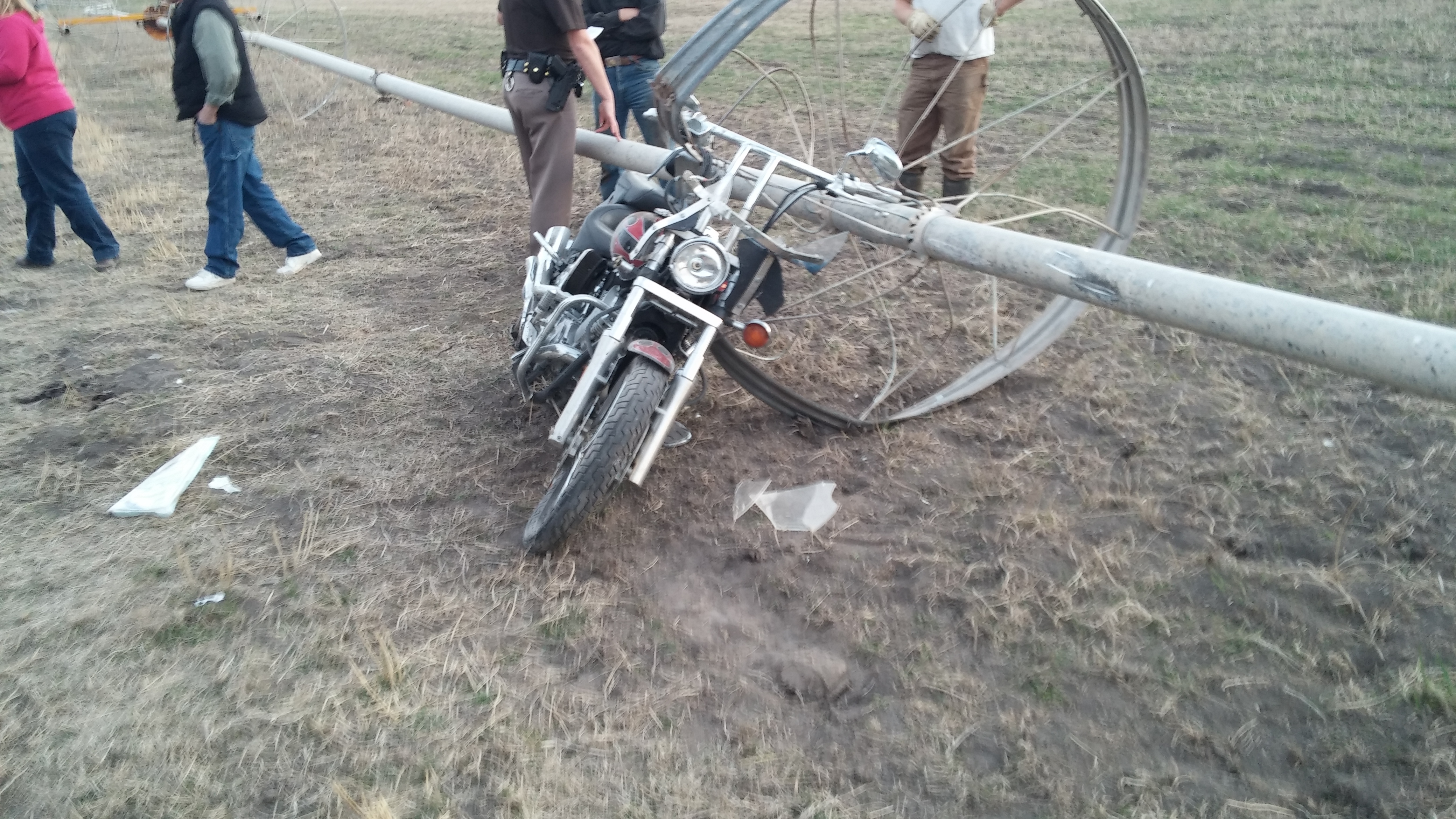 CACHE COUNTY, Utah — A Tremonton man’s foot was partially amputated after he crashed his motorcycle into a water wheel line in a field Saturday night.

At approximately 6:46 p.m., Jeremy Jones, 27, was traveling south on State Route 23 near Trenton with his father, who was riding on a separate motorcycle.

The man’s father told Utah Highway Patrol that the two men got into an argument, his son became upset and began riding away at a high rate of speed.

Near mile marker 21, Jones went off the right side of the roadway and struck a tree then a fence post. The motorcycle came to rest after hitting a water wheel line in a field.

Jones was not wearing a helmet and suffered a partially amputated foot and a head injury.

Jones was taken by ambulance to Cache Valley Hospital and then flown to Ogden Regional Hospital.

Troopers are investigating excessive speed and possible alcohol impairment as contributing factors in the crash.