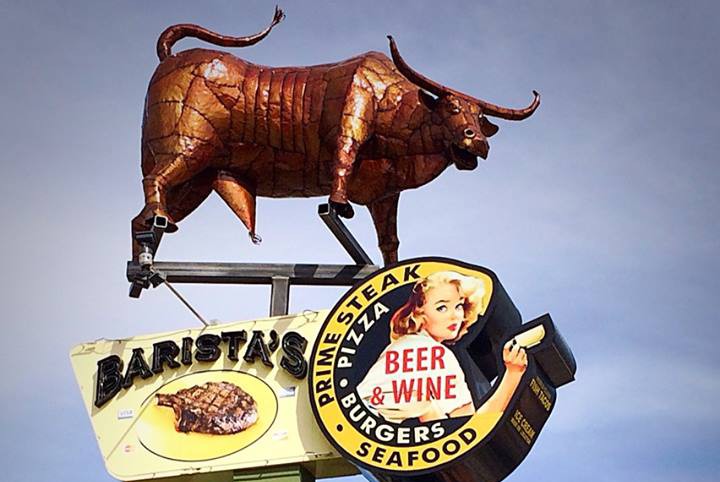 HURRICANE, Utah — Controversy continues to brew after the unveiling of a new sign at a Hurricane restaurant featuring a well-endowed bull, according to St.GeorgeNews.com.

On March 14, Barista’s Restaurant, 460 W. State Street, erected a bull with large genitalia, which has resulted in backlash within the community.

That same day, restaurant owner Stephen Ward said a man came to Barista’s and assaulted one of his employees.

Hurricane City Police confirmed an assault occurred but would not release the name of the person involved in the altercation. There were no arrests but a citation was issued.

Ward told the St. George News he plans to sue the city after he learned in January he was being denied the ability to upgrade his limited liquor license.

As of Sunday, 550 signatures had been gathered.

See the full story on the St.GeorgeNews.com.