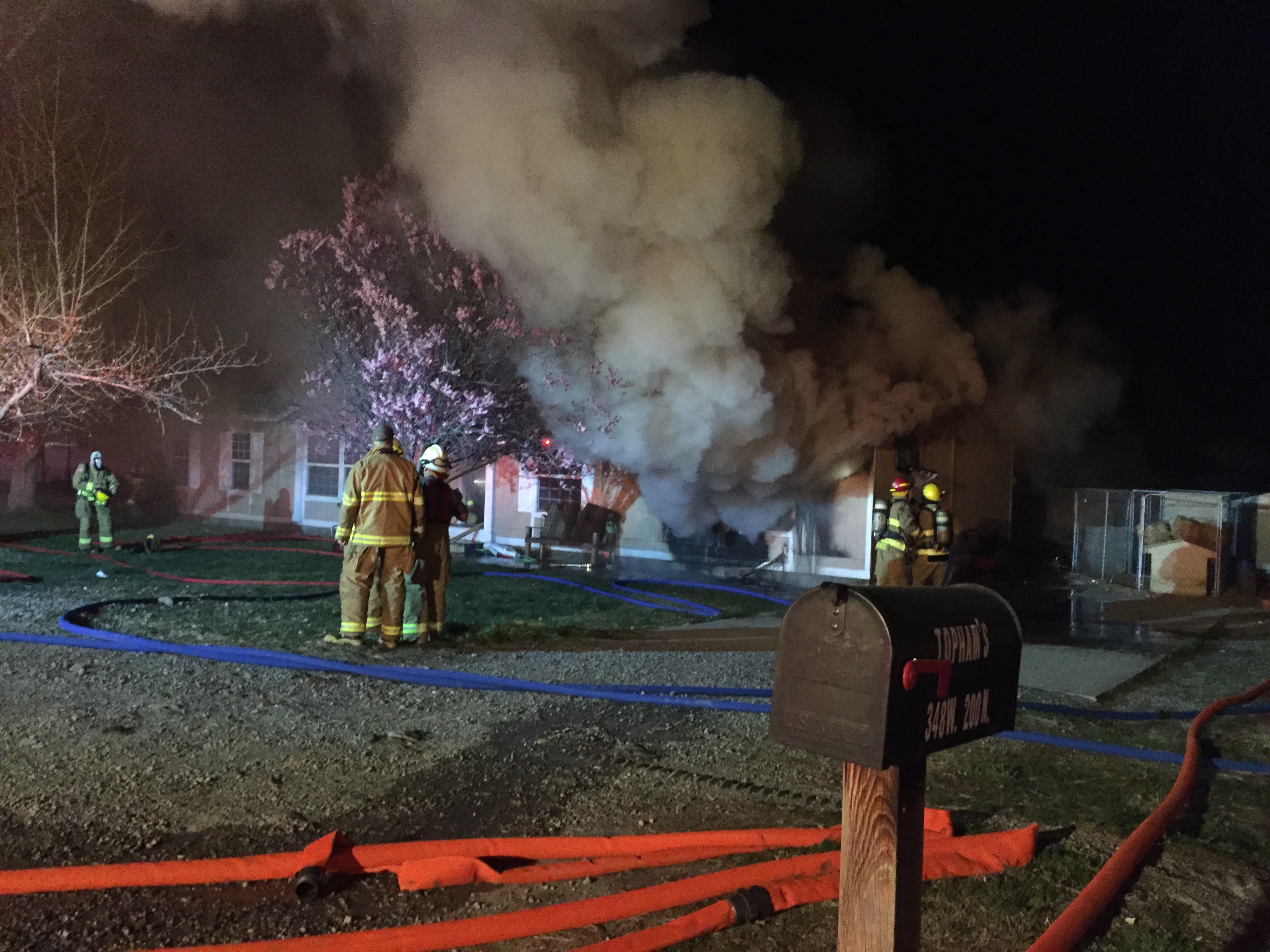 SANTAQUIN, Utah – A family of four is safe after a space heater started a fire in their home early Wednesday morning.

The family said the smoke detectors woke them and they were able to get out unharmed.

The Santaquin Fire Department was called to the fire at about 4:30 a.m. where they found the front of the home engulfed in flames.

Officials said the flames quickly spread to the rest of the home and crews from Payson and Genola were called in to help put out the fire.

Crews have the blaze under control by 5 a.m.

Authorities are estimating damage totals at about $190,000.