SUMMIT COUNTY, Utah -- A man was killed and his wife suffered critical injuries after a crash on I-80 in Summit County Thursday night, and eastbound lanes of I-80 were temporarily closed as a medical helicopter landed at the site of the crash near Coalville.

Officials with the Utah Highway Patrol stated the crash occurred on I-80 near mile marker 162 around 6:15 p.m.

Lt. Randall Richey, Utah Highway Patrol, said a 71-year-old man and his wife were traveling in a white SUV at a slow rate of speed on I-80, and he said it is possible the car was having mechanical trouble. A press release states the SUV was going much slower than the rest of traffic and may have been pulling out of the emergency lane and into the travel lane. A man in a white Dodge truck rammed into the back of the SUV, and the SUV left the roadway to the right.

The couple were not wearing seat belts and were ejected during the crash, during which the SUV reportedly rolled and burst into flames. The man, identified as 71-year-old George O. Frazier, was killed in the crash and his wife suffered serious injuries. She was transported to the University of Utah Hospital by ground ambulance in critical condition. The couple is from Woodruff, which is a town near the Utah/Wyoming border.

The man driving the truck was wearing a seat belt and was not injured.

Eastbound I-80 was shut down in the area to allow an AirMed helicopter to land, and UHP said the helicopter landed at about 6:47 p.m.

A FOX 13 employee who happened to be in the area of the crash tweeted some photos from the scene and stated that as of about 7:30 p.m. all eastbound lanes of I-80 were closed in the area, but by about 7:50 p.m. it appeared one lane of traffic was moving again in the area. See the gallery below for those photos. 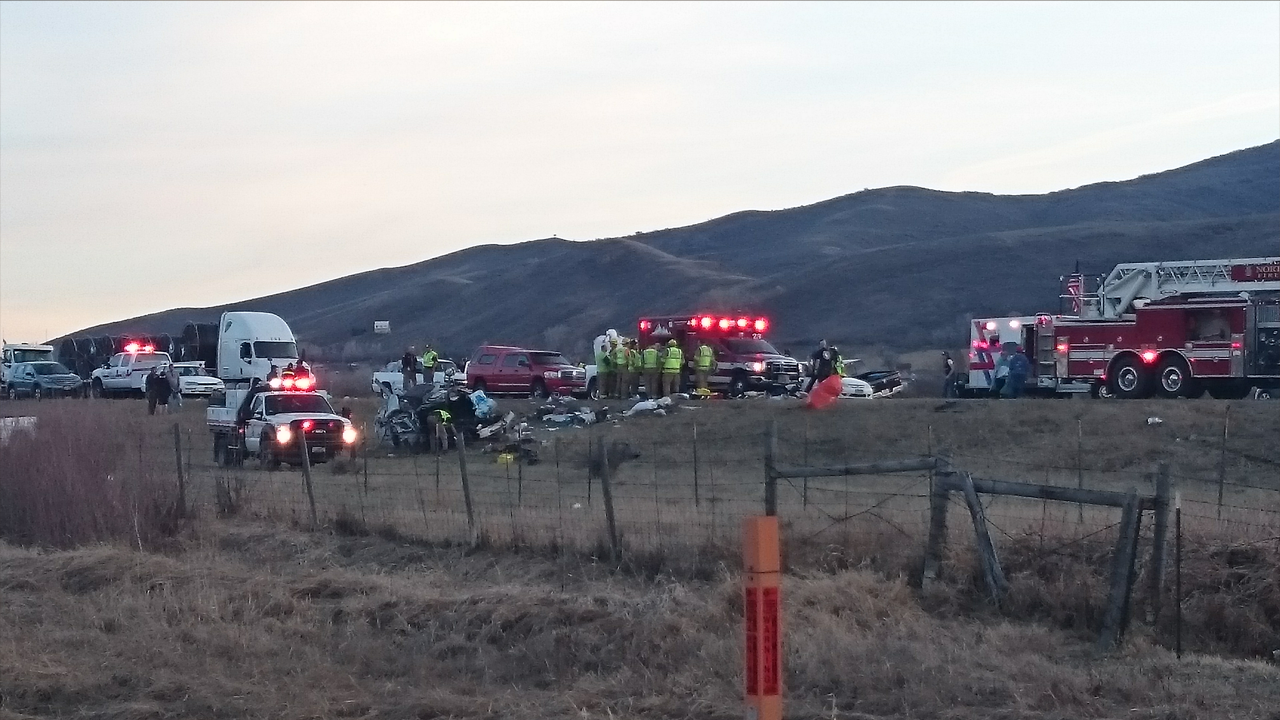