MURRAY, Utah --Several homes were put at risk after a grass fire erupted in Murray along the Jordan River in the Hunter Woods area Tuesday evening.

At approximately 6:30 p.m., crews responded to the blaze near 5000 South and 500 West. Pat Killion, Deputy Fire Marshal with Murray Fire, said they believe the fire started on the south side where there are some camps.

About 1,000 to 1,200 feet of vinyl  fencing was destroyed and some windows in homes sustained smoke damage, Killion said. The walking bridge in the area was also burned.

The only injury reported was that of a raccoon suffering from burn injuries. Fire crews found it hiding in a tree. Killion said animal control has been called to the scene to help the animal.

Crews will stay overnight to monitor the area.

The video above shows people watching the flames from afar. The footage is courtesy of a FOX 13 News viewer. 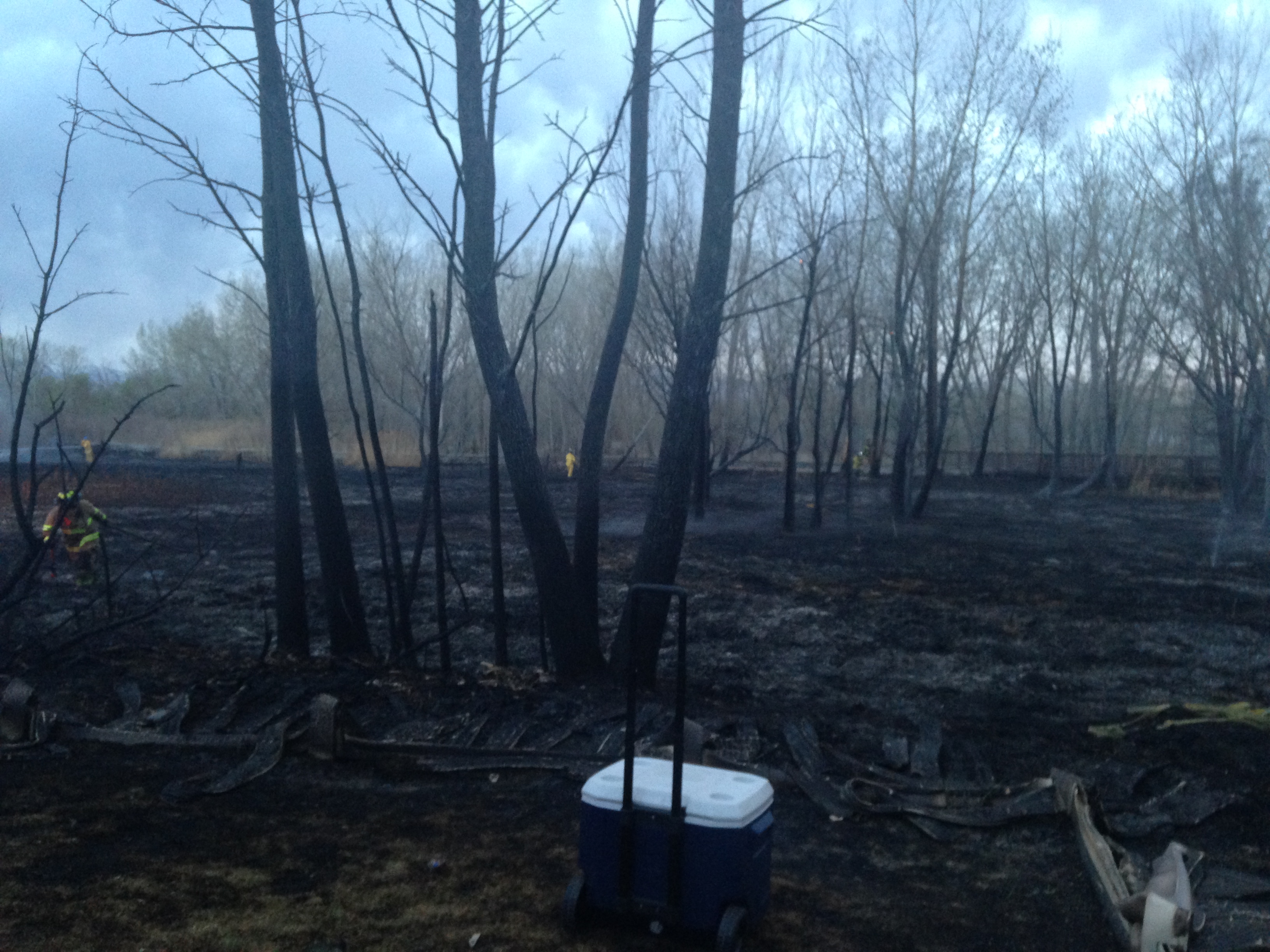