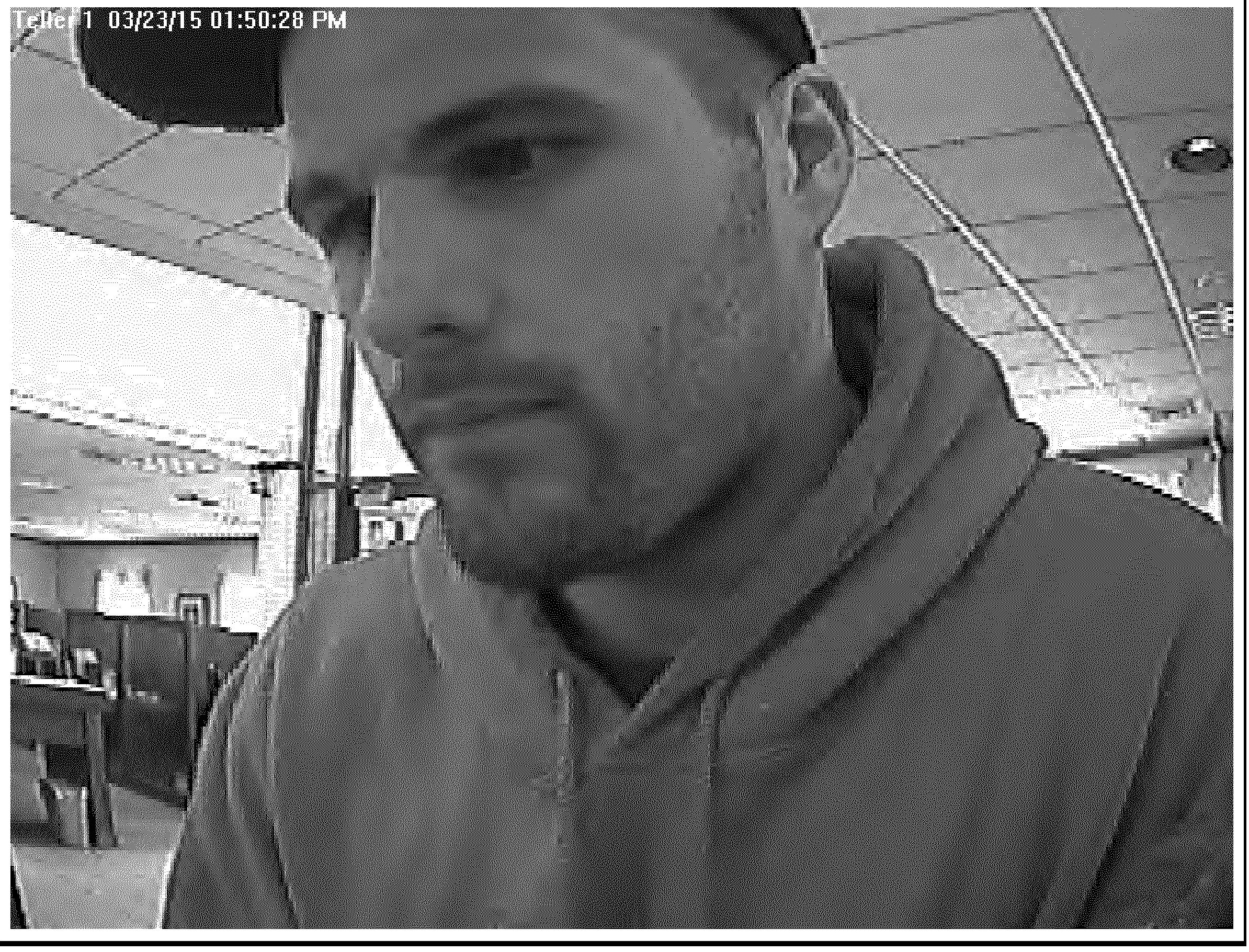 CLEARFIELD, Utah – An elderly woman was allegedly scammed out of more than $1,000 in Clearfield last month when a man coerced her into writing two checks about a week apart, and police have released photos of the suspect and are asking for the public’s help in locating him.

According to a press release from the Clearfield City Police Department, 26-year-old Chuck Baker of Texas went to the home of 85-year-old Minnie Jensen on March 23 and told her he could fix cement cracks in her driveway.

Jensen told Baker no several times, but Baker insisted and convinced her to pay him $450 for the repairs. After performing some repairs, Baker convinced Jensen he would need to be paid $650 instead of the $450 he had quoted her. After he left, Jensen discovered, “the work was poorly done and it looked terrible,” according to the press release.

Baker came back a week later and told Jensen he had made an error and overcharged her, and he asked her to write another check for $500. He said he would fix his work and then return the first check, so Jensen agreed. He drove away and Jensen later learned he had cashed both checks.

Police investigated and were able to identify the man, and they learned Baker was already wanted out of Salt Lake City on a $25,000 warrant for Exploitation of a Vulnerable Adult.

The man is pictured above, and police said he may be driving a GMC Sierra truck that is blue or green in color and has Texas license plate number DVR1683.

Authorities ask anyone who sees the man to contact Clearfield police at 801-525-2806. They also ask anyone else who may have been scammed by Baker to contact their local police department.