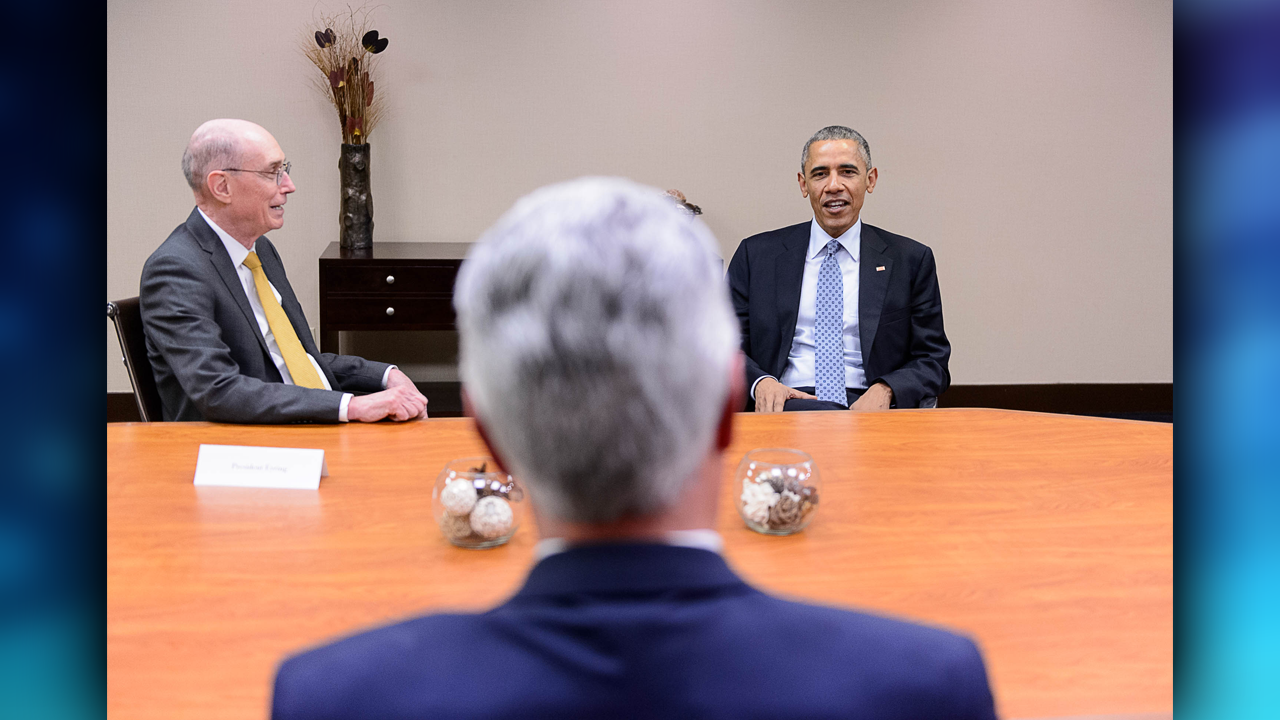 Prior to the meeting, Earnest spoke about the agenda.

“I know the president also is looking forward to the opportunity that he’ll have to meet with some leaders in the LDS church who are in town for the conference there, so I know the president’s looking forward to that opportunity,” Earnest said in an interview with FOX 13. “Obviously, we’ve got Christians all around the world who are celebrating Easter this weekend, and so it’ll be a good time for him to spend a little time with the LDS leadership as well.”

Hawkins stated that LDS Church President Thomas Monson did not attend, as he is saving his strength for the LDS Church’s semi-annual General Conference, which begins this weekend.

Hawkins stated: “President Monson remembers fondly his visit to the White House to present President Obama with his personal family history in 2009. Because of the need to preserve his strength for this weekend’s General Conference, it was felt that  the logistics of meeting away from Church offices, with the walking and the waiting periods associated with a presidential visit, would regrettably not be conducive  to President Monson’s participation.”

According to a statement on Mormonnewsroom.org, President Obama:  “expressed his appreciation for the Church’s leadership role in seeking a balance between religious freedom and nondiscrimination.  He also praised the Church’s worldwide humanitarian aid and disaster relief efforts. Discussion included the necessity of strong families for the benefit and well being of society generally. Church leaders expressed their appreciation to President Obama for the example he and his wife provide through their healthy marriage and family life.  During the 20-minute visit additional conversation touched on the subject of immigration.”

This was not Obama’s first meeting with LDS leaders. Dieter F. Uchtdorf, Second Counselor of the First Presidency of the LDS Church, was among the religious leaders from various denominations who spent time with Obama in the Oval Office in April 2014 to give their input on immigration reform.