HILL AIR FORCE BASE, Utah – Air Force One touched down at Hill Air Force Base Thursday night, marking the first time President Barack Obama has visited Utah since he was elected Commander-in-Chief.

Air Force One was observed landing shortly after 8 p.m., and the president’s motorcade traveled to Salt Lake City Thursday night, where President Obama met with various prominent Utahns. In  a speech at Hill Air Force Base Friday, the president announced a goal to train 75,000 new workers in solar, as well as a new Solar Ready Vets program.

Utah Department of Transportation officials tweeted Wednesday, asking motorists to be on the lookout so they can be ready to pull over and allow the motorcade to pass, and traffic was blocked in various  places along the motorcade's route. President Obama was expected to arrive around 5:30 p.m. Thursday, but he was delayed as he stayed in Washington to oversee the talks regarding Iran’s nuclear plans.

The president stayed at the Sheraton on 500 South in Salt Lake City, and Thursday night he meet with Salt Lake City Mayor Ralph Becker and Gov. Gary Herbert. Dump trucks and UTA buses formed barricades around the hotel Thursday, click here for details.

Leaders with The Church of Jesus Christ of Latter-day Saints met with the president during his stay. Topics included immigration and the LDS Church's history of humanitarian aid.

“I know the president also is looking forward to the opportunity that he’ll have to meet with some leaders in the LDS church who are in town for the conference there, so I know the president’s looking forward to that opportunity,” said White House Press Secretary John Earnest in an interview with FOX 13 prior to the meeting. “Obviously, we’ve got Christians all around the world who are celebrating Easter this weekend, and so it’ll be a good time for him to spend a little time with the LDS leadership as well.”

Various state officials were present to greet the president when he landed, including Senators Orrin Hatch and Mike Lee,  Mayor Becker and Gov. Gary Herbert. President Obama was scheduled to depart Utah aboard Air Force One at 11:30 a.m. Friday after his remarks at Hill Air Force Base.

FOX 13 News' Max Roth took a look at the history of presidential visits to Utah, see the video below for details. 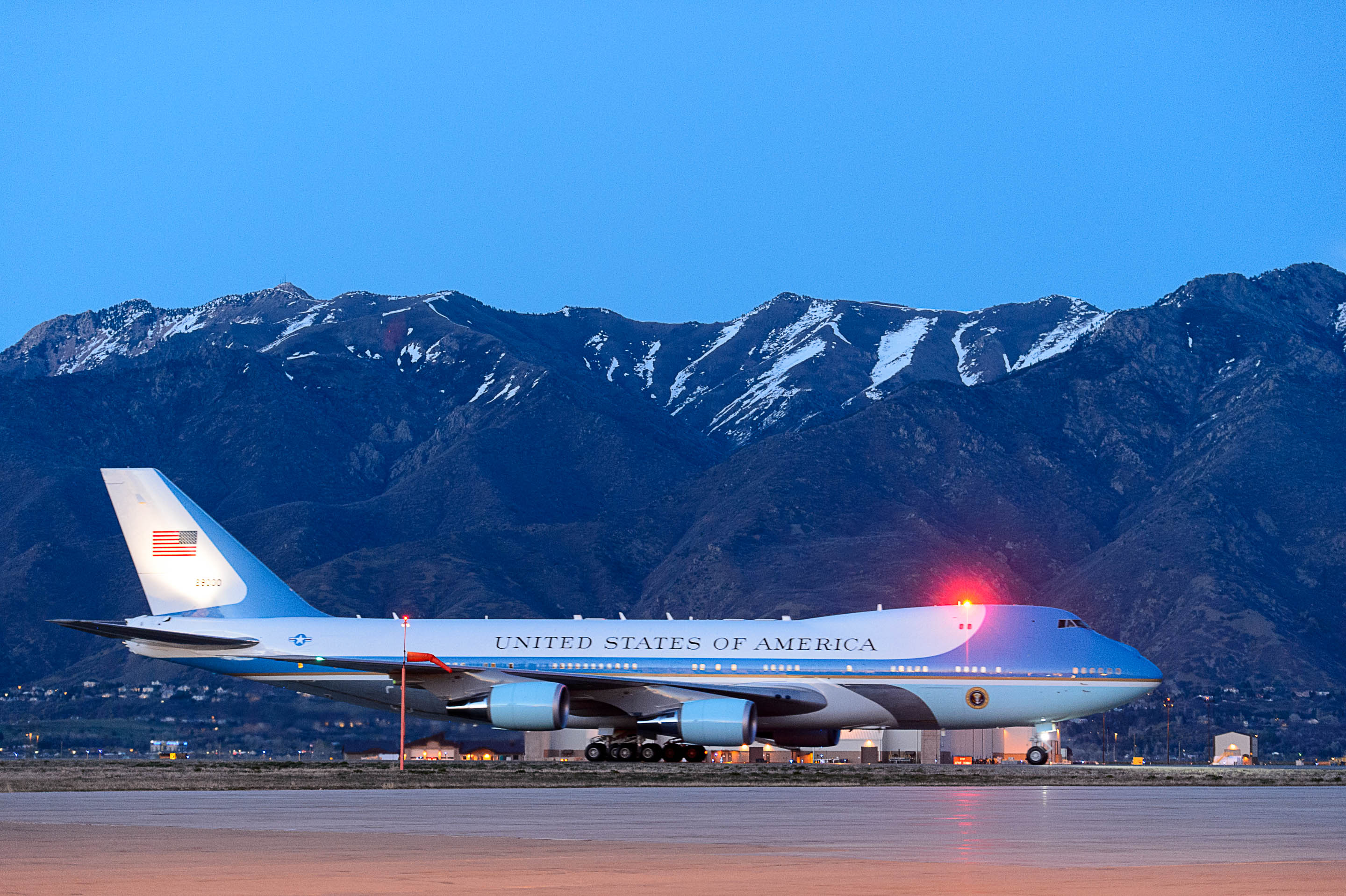