Blockades set up in downtown SLC for presidential visit; crowds gather to cheer

During FOX 13 News at 9 p.m.'s live shot, President Barack Obama's motorcade arrived at the Sheraton in downtown Salt Lake City. See the video above for the footage; the first signs of the motorcade appear at about 7:15 into the video.

Authorities confirmed President Obama will be staying there during his time in Utah, and Thursday FOX 13 News' Caroline Connolly spoke with Utahns about the impact the president's stay is having on the area. She was also present when the motorcade arrived, see the video above for details.

The buses and dump trucks were part of the security set up, and guests at the hotel were reportedly notified of the president's presence and had to undergo

additional security to enter the building, including passing through metal detectors. Those who aren't guests were barred from the immediate area.

Salt Lake City Mayor Ralph Becker met with Obama Thursday night, and he presented the president with a custom basketball jersey. Leaders with The Church of Jesus Christ of Latter-day Saints also met with the president Thursday, as did Gov. Gary Herbert.

POTUS arrived in Utah Thursday evening and attend an event at Hill Air Force Base Friday. 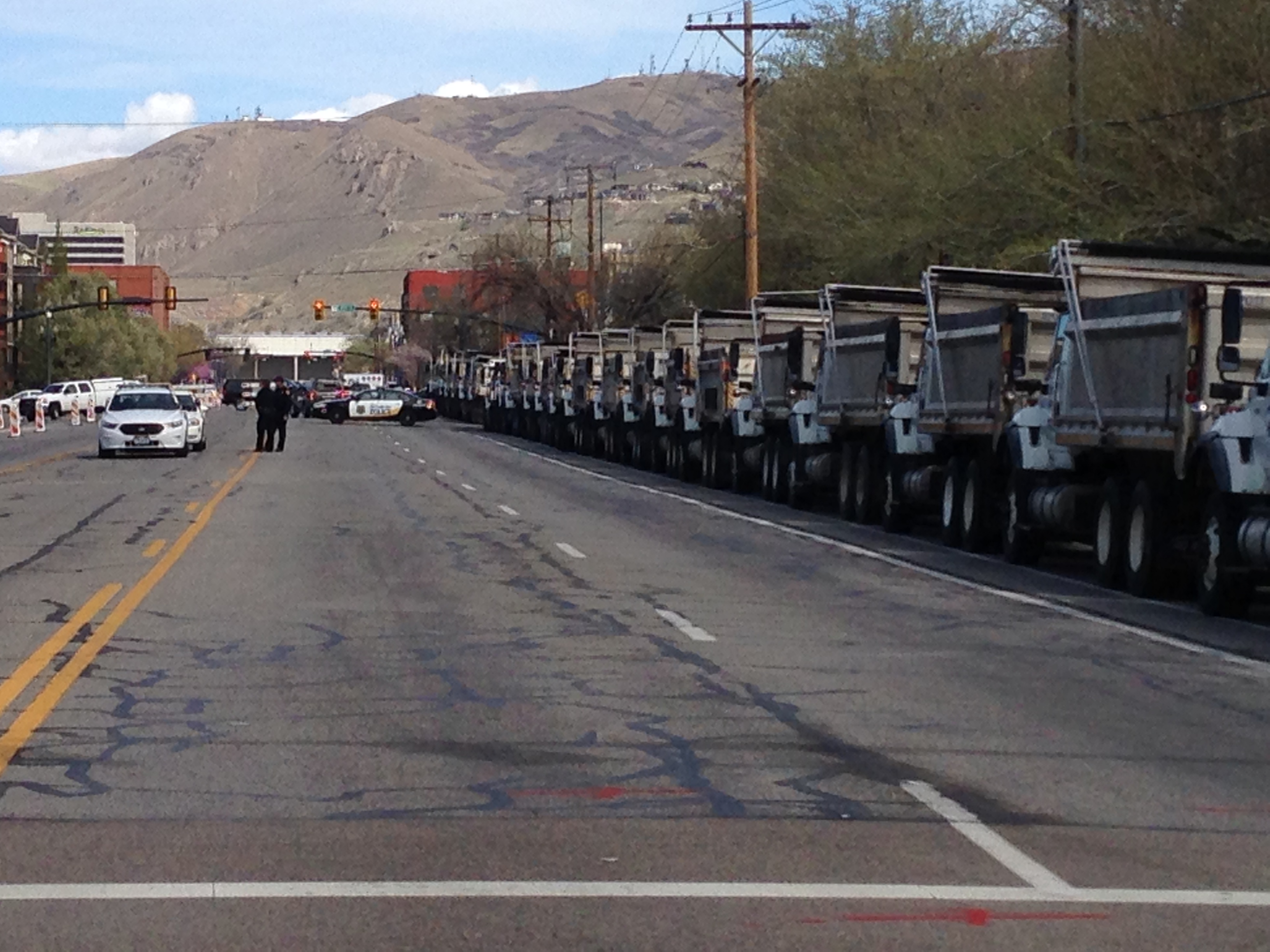