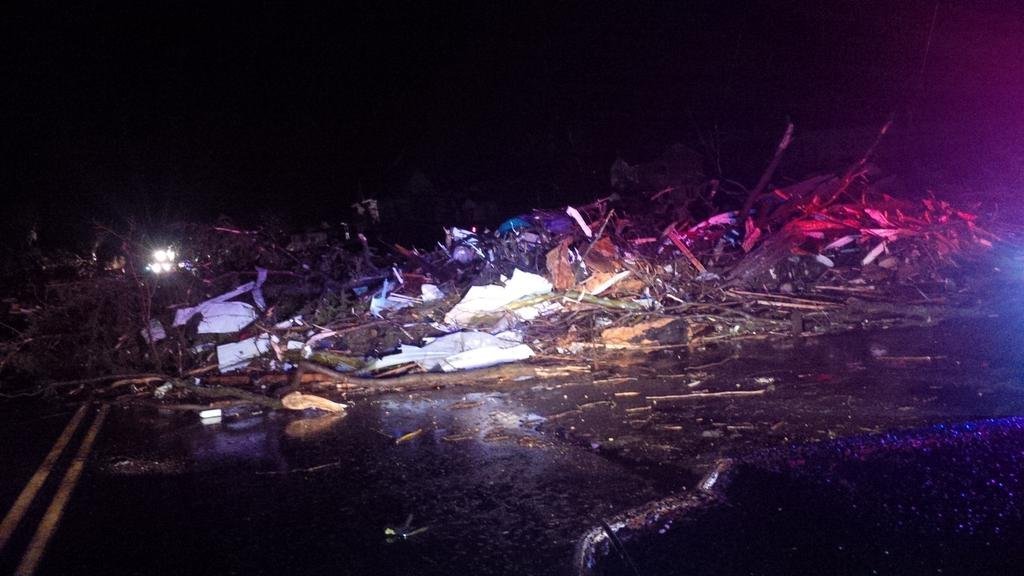 (CNN) — Tornadoes tore through parts of Iowa, Illinois and Ohio on Thursday in what forecasters from the National Weather Service warned is a “particularly dangerous situation.”

People across the Midwest should be on alert for severe weather, the weather agency said.

One person has died as a result of storms in Fairdale, Illinois, said Patti Thompson, a state emergency management spokeswoman.

In Rochelle, Illinois, there were “multiple reports of injuries and damage,” the Ogle County Sheriff’s dispatchers said.

A video of the storm on YouTube showed a massive twister barreling across an open field.

The Rochelle Community Hospital was in “disaster mode,” spokeswoman Kelly Smith said, with patients in the emergency room and urgent care because of the tornado.

“You can hear the hissing everywhere from where the structures used to be,” he said.

Lindsey Clark, a reporter from CNN affiliate WREX, said rescuers were pulling trapped people from a home in the Rochelle area.

In Kirkland, Illinois, rescuers observed “significant damage” and were searching for trapped victims, the Rockford Fire Department said on Twitter. Accessing the community was difficult “due to damage and debris,” the department said.

More tornadoes were later reported around Rockford — which is Illinois’ third largest city, about 85 miles northwest of Chicago — and near the Illinois community of Ashton, which also saw tennis ball-sized hail. A photo on Facebook showed a collapsed warehouse there.

“We do have damage at this time,” Lalley said. “I’m trying to confirm the area of the image and the extent.”

A “large and extremely dangerous” twister was spotted near Camanche, Iowa at 5:46 p.m. (6:46 p.m. ET), the National Weather Service said.

Another tornado was reported south of Toledo, Ohio.

The twisters are part of a broader severe weather pattern that was expected to affect about 95 million people Thursday, including those in major cities such as Chicago and St. Louis.

The National Weather Service indicated a tornado may have touched down in the small town of Potosi, Missouri, about 70 miles from St. Louis.

More storms are expected in the Midwest, Mississippi River Valley, Tennessee River Valley and near the southern Great Lakes, the Weather Service said.