MAGNA, Utah - Police said a suspect accused of stealing a dump truck towing a trailer and multiple other cars is in custody after leading officers on a 90-minute chase through Utah and Salt Lake counties Friday, and police have released dash camera footage showing the chase and apprehension.

Officials said the crime spree started just before 8:30 a.m. in Pleasant Grove and involved several different vehicles before the suspect, 30-year-old Stephen White, was stopped in a dump truck in Magna. See the video below for footage of the chase. At about 1:40 into the video an officer is seen deploying spike strips, and at about 2:10 an officer is seen firing a non-lethal projectile to break a window in the stopped truck. Around 3:30 into the footage, police can bee seen firing "pepper balls" into the vehicle, and at about 3:50 the man exits the vehicle and numerous armed officers can be seen pursuing the man out of frame.

Police said White drove to a home in the area, got into a fight with someone and left the house in a van.

White then drove a few miles and allegedly stole a second van which he crashed at the Courtyard Plaza strip mall.

According to police, White then stole a car from Deseret Industries in American Fork and then eventually stole a gold truck and then a white truck.

"He had stolen two cars in Pleasant Grove, two in American Fork, one in Lehi and then ultimately stole this dump truck that's behind us in Bluffdale," Unified Police Lt. Justin Hoyle said. "One of those auto thefts that took place was actually a carjacking where an innocent civilian was hurt as a result of him stealing that car from him."

Lt. Hoyle said White threatened that victim with a box cutter and gave him minor injuries.

The multi-county crime spree finally came to and end in Magna when police stopped a dump truck towing a trailer near 9200 W. and 2700 S. after a short chase.

But White wasn't going to jail without a fight.

Officers said they used spike strips to take out the truck's tires but White didn't stop and rammed a police car numerous times to try to get away.

Police had to use pepper spray among other tactics to get him into custody.

No officers were injured. 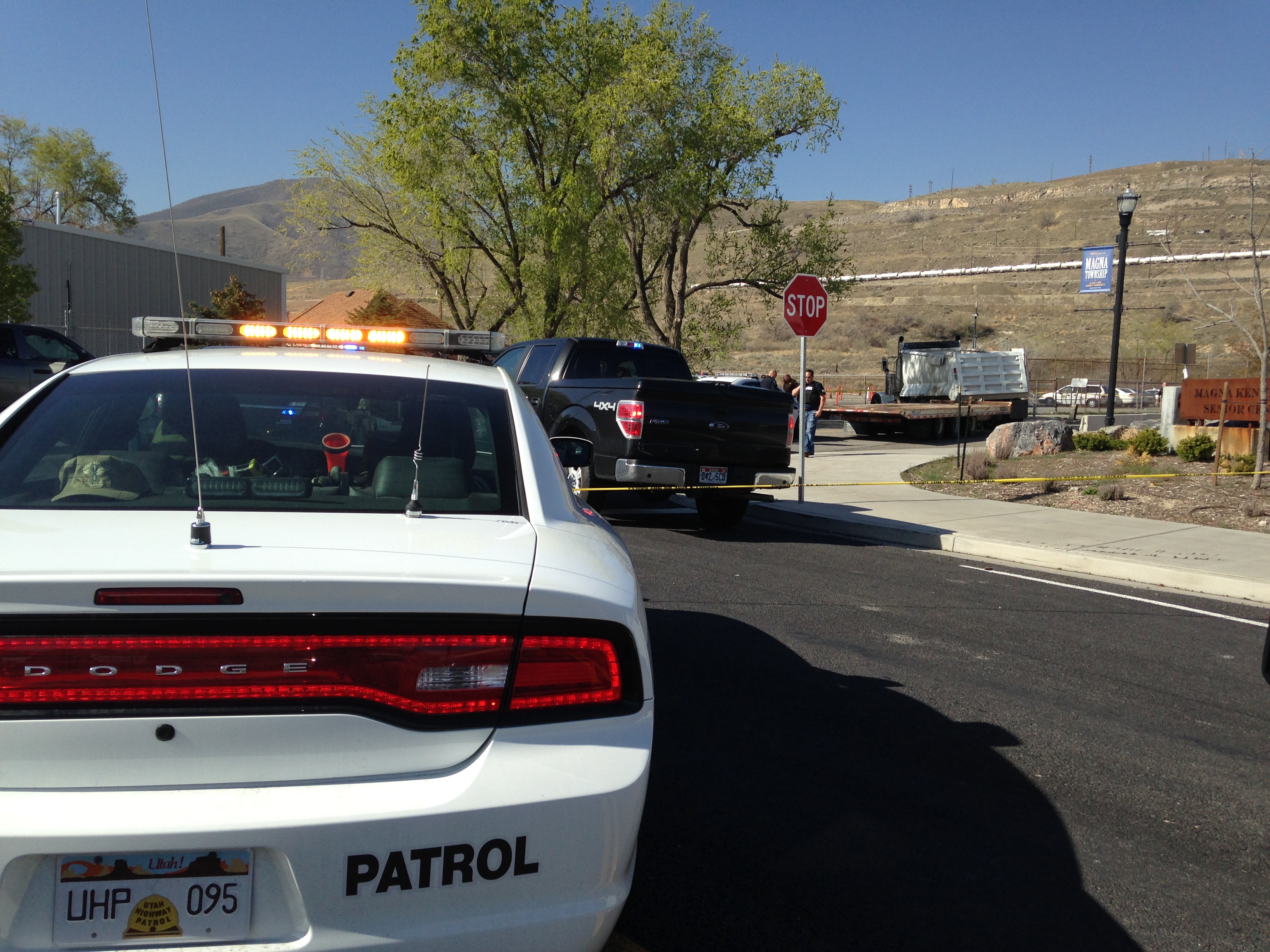