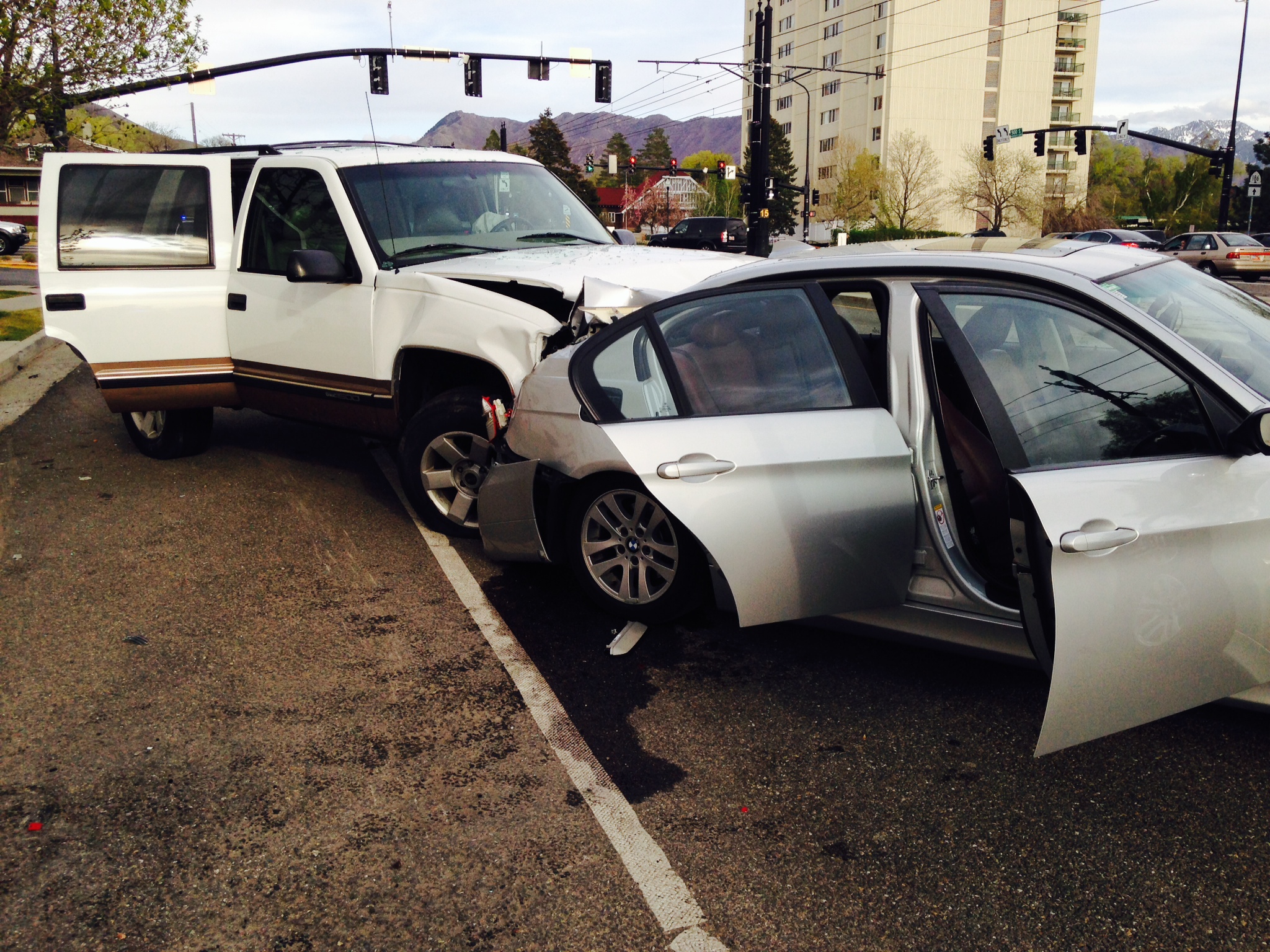 SALT LAKE CITY — A man has been arrested for alleged DUI after he crashed an SUV into two parked cars in Salt Lake City Saturday night, and one person suffered minor injuries and at least one vehicle suffered heavy damage.

The crash occurred around 6 p.m. in the area of 1300 East and 500 South, and a watch commander with the Salt Lake City Police Department said the man driving the SUV that hit the two parked cars was arrested on suspicion of DUI. Police said one person suffered minor injuries and that the driver of the SUV was not injured.

Two dogs inside the suspect’s vehicle were taken from the scene by Animal Control officers.

The identity of the driver has not been released.