Florida Sen. Marco Rubio says he is running for president 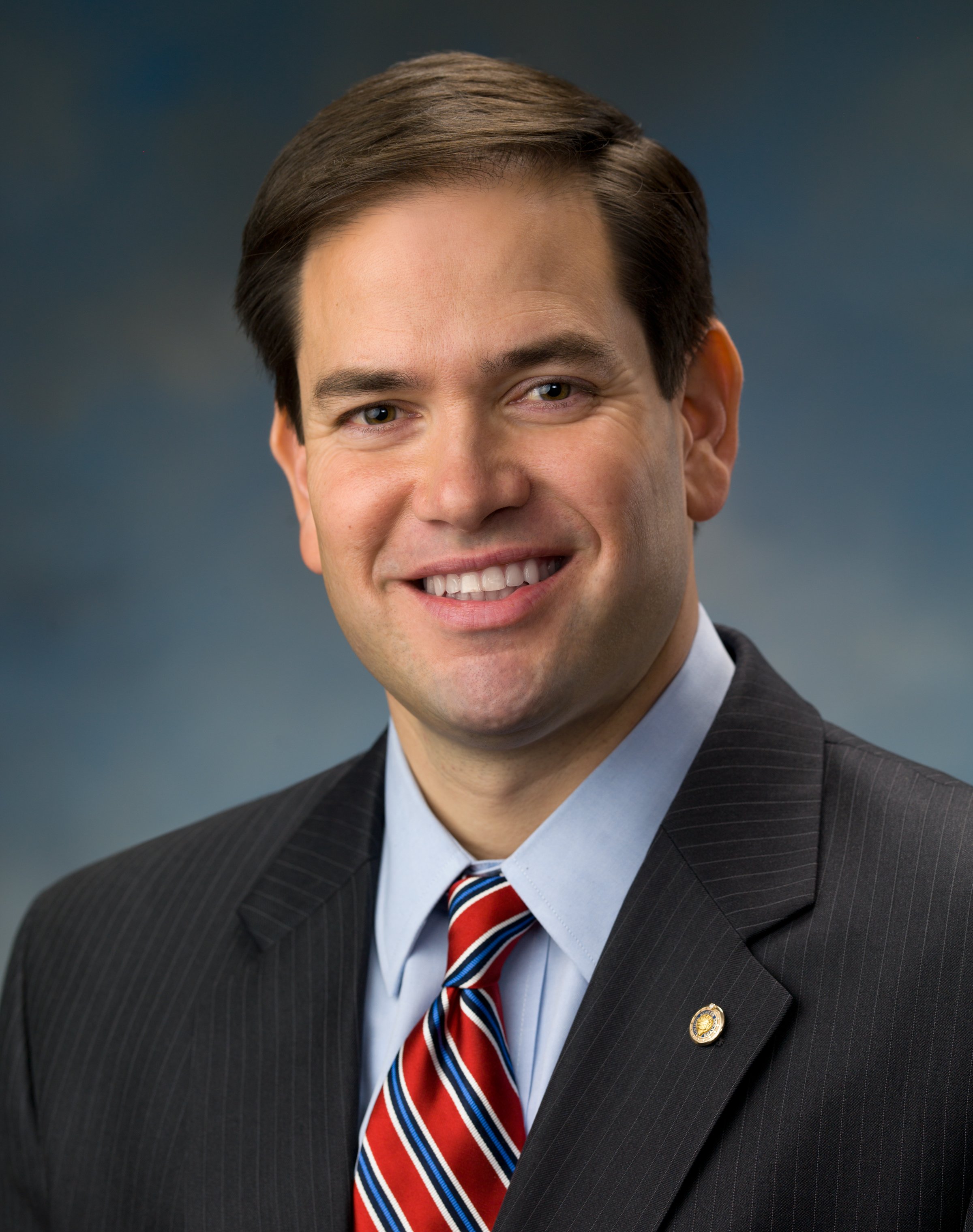 By Alexandra Jaffe and Dana Bash

MIAMI (CNN) — Florida Sen. Marco Rubio says he is running for president and is “uniquely qualified” to talk about the future, a Rubio adviser tells CNN.

The adviser said Rubio did a call with donors Monday morning where said he was running. Rubio is scheduled to publicly announce his bid later tonight to offer a pitch supporters say only he is qualified to give: a promise to restore the American Dream, from a son of Cuban exiles who’s lived it.

Rubio has all the makings of a winning presidential candidate: Youth, a compelling personal narrative and deep roots in a crucial swing state. But as he unveils his presidential campaign, he’s missing one thing: Support.

“I do think he’s going to try to reach the American people in a way that tells a story of a very different, optimistic, prospective vision for America, that isn’t just the doom and gloom that we tend to get an awful lot of the time on our side,” said Florida GOP strategist Rick Wilson.

Rubio is the third Republican to officially announce a campaign for the presidency, joining Sens. Ted Cruz of Texas and Rand Paul of Kentucky. The field is sure to expand in the coming months as Bush, Walker, New Jersey Gov. Chris Christie and others eye the race for the White House.

“There’s a lot of static in the air right now,” Wilson noted, alluding to the fact Democratic front-runner Hillary Clinton is expected to launch her campaign on Sunday.

“But I also think that Marco Rubio has a certain fluency, and ability to connect with voters, and this will be one of the first times a wider audience has seen it. When people who haven’t seen Marco speak finally see Marco speak, they stand back and say, ‘Whoa — what have I been missing?'”

That eloquence alone won’t win him the primary, however, and Rubio now faces the challenge of maintaining establishment interest while growing his appeal among conservatives.

The right remains wary of Rubio for partnering with Democrats on an ultimately failed immigration reform bill after riding into office on the 2010 tea party wave.

But in the middle is just where Rubio wants to be.

He’s hoping to carve out a path in the crowded GOP field as the candidate who’s not too far right to lack credibility nationally, and yet not too squishy on conservative priorities like guns and same-sex marriage to lose the GOP base.

Rubio has eschewed the bomb-throwing of conservatives like Cruz and Louisiana Gov. Bobby Jindal, and the head-spinning vacillations of some of the party’s more establishment-minded candidates in favor of what supporters see as a candid pragmatism.

He was the first in the 2016 field to declare, without reservations, that parents “absolutely” should vaccinate their children. On same-sex marriage, he said if the Supreme Court rules it’s constitutionally protected, “we have to abide” by that ruling. He repeatedly asserted that it was impossible to defund President Obama’s immigration executive order by shutting down the Department of Homeland Security.

That strategy means he may not win any of the early nominating states that typically winnow down the field, but the senator and his advisers are banking on top-three finishes that keep him in the game until the flaws in the rest of the field are apparent and voters are looking for another option.

But it doesn’t come without risks. One of Rubio’s biggest obstacles to the nomination remains a persistent skepticism among conservatives who believe he sold out by taking a lead role in negotiating the 2013 immigration reform bill, which died in the House after Rubio helped secure its passage in the Senate.

In doing so, he plummeted from tea party darling and GOP rising star to freshman has-been in a matter of months, facing hecklers at town hall meetings and declining approval ratings in his home state.

Still, he’s made light of the controversy, joking at a February event that he’s the rare elected official to be heckled “by both sides of the immigration debate.” And the gambit won him enduring respect among many establishment Republicans, who admire his willingness to compromise and cut deals.

Where Rubio has seized the spotlight, however, he’s made it count.

Rubio led the charge earlier this year against the Obama administration’s move to thaw relations with Cuba, appearing on nearly every major news network to slam the policy shift as shortsighted and scheduling hearings as chairman of the Senate Foreign Relations Western Hemisphere Subcommittee on the issue.

The potential advantages for Rubio in the Cuba issue were varied. It allowed Rubio to introduce himself to an entirely new audience of Americans, as the historic policy shift drew front-page headlines nationwide. It gave him an opportunity to emphasize his compelling personal narrative as the son of Cuban immigrants who left the country due to many of the same hardships imposed by the Castro regime that Cubans continue to experience today.

And it was yet another chance for Rubio to stake a claim as the GOP’s strongest candidate on foreign policy, which Republicans believe will become a defining issue in the primary and general elections.

While Rubio hopes to wind his way down the middle of the GOP, he and his advisers believe foreign policy will be his calling card in the 2016 election: The issue that piques voters’ interest keeps them coming back.

The freshman senator has been working since his early days in office to build the experience to make that case. He’s taken 12 trips abroad since 2010 and co-sponsored more than a dozen bills on issues ranging from Russia’s aggression against Ukraine to humanitarian crises in Haiti. He is a frequent and prominent critic of Obama’s plan to tackle ISIS, and has slammed the Iran deal as insufficient to prevent the nation from gaining nuclear weapons.

Rubio has weekly briefings on foreign policy issues with leading advisers in the party, and aides say he’s a voracious reader of policy papers and international news.

But first, he’ll have to maneuver his way through the rocky and complicated primary terrain, and his launch puts him on a certain collision course with another Florida politician: former Gov. Jeb Bush.

Bush holds a slight lead over the field in early polling and remains the preferred pick for most of the GOP’s establishment wing, and has already locked up a sizable chunk of the party’s big donors, despite being still weeks away from announcing.

With Florida moving to a winner-take-all primary system, the Sunshine State showdown on March 15 could prove to be a pivotal contest for both candidates, and Bush’s team is reportedly already strategizing to lock up the state’s primary vote.

But Rubio’s already shown that Bush will be less of an obstacle than many initially expected, as he’s managed to post strong fundraising totals despite competing with Bush for hometown dollars.

Before Rubio makes it to Florida, however, he’ll have to stay in the game for the party’s early nominating contests. Though he’s not yet the clear pick for voters in Iowa, New Hampshire or South Carolina, he’s hired a top-notch team of strategists to steer him through the primaries there.