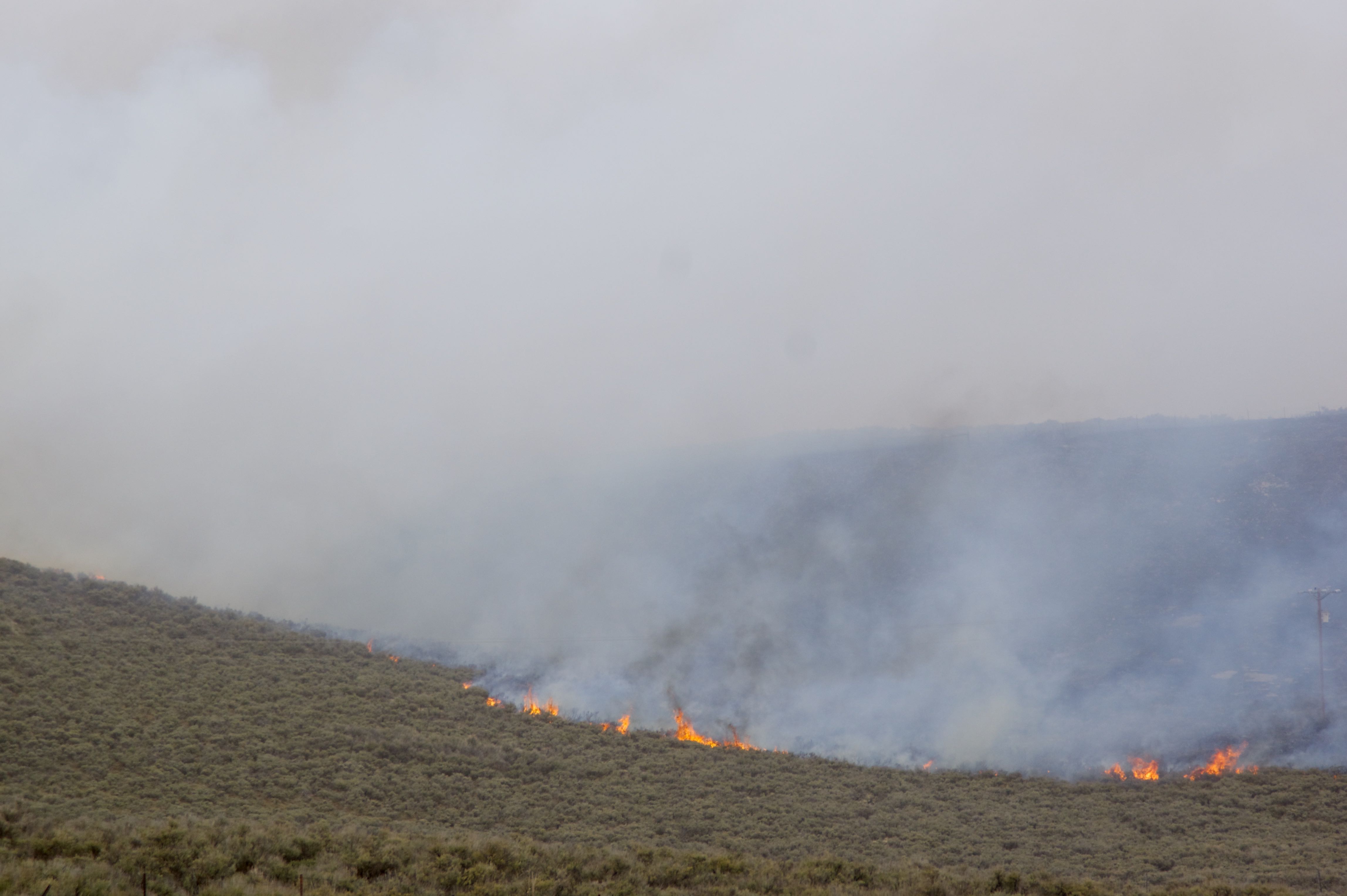 Although the flames are not contained, Carson said, the snow and cold temperatures are expected to help extinguish the blaze.