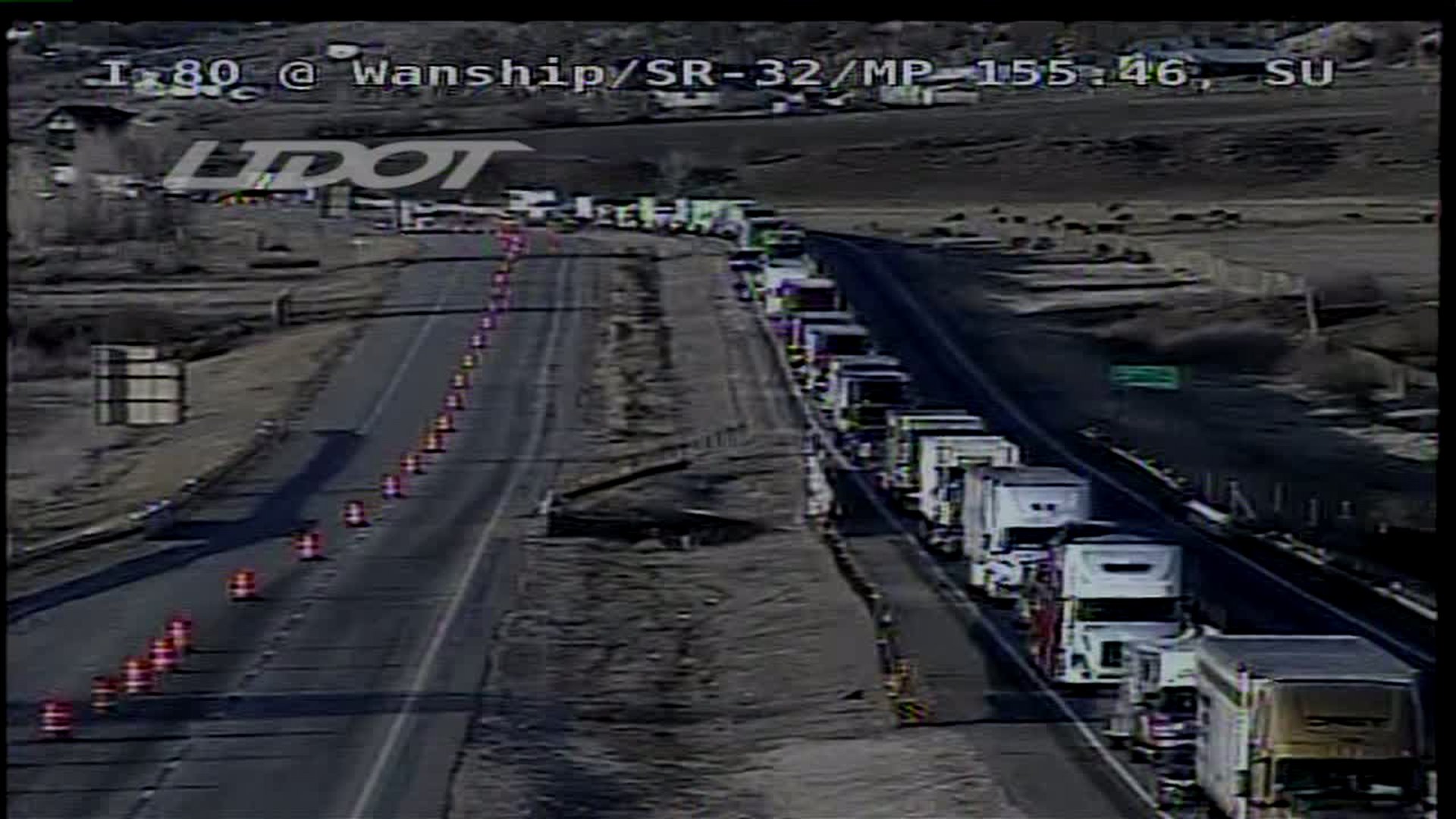 SUMMIT COUNTY, Utah — A long line of vehicles were at a temporary standstill on westbound I-80 in the area of Wanship Saturday evening, and the Utah Highway Patrol said a semitrailer stalled in an area where construction work had already caused lane reductions.

Utah Department of Transportation cameras showed the large traffic backup on I-80 near mile post 155 in the area of Wanship. A Utah Highway Patrol trooper said traffic had already been reduced to one lane in either direction in the area due to construction, and in that area a semitrailer stalled.