MURRAY, Utah --Four newborn puppies found abandoned Tuesday were being nursed by a cat at the Humane Society of Utah.

While their survival was at first uncertain, Deann Shepherd, spokeswoman for the shelter, said the puppies have moved on to bottle-feedings and are doing great.

The Chihuahua puppies were found in West Valley City Tuesday when a woman saw that they were left in a box on her car, according to a press release from the Humane Society of Utah.

A note on the box indicated they were born Friday and their mother had died.

The pups were taken to the shelter at about 3:30 p.m. where the staff decided to put them with a surrogate cat mother to try and save their lives. Previously the same day, two cats were surrendered to the shelter -- Kat, a pregnant brown tabby and Kit, a brown tabby who had recently nursed her own kittens and was still lactating.

Kit has been the pups'  surrogate mother. The release states that all four puppies are moving and feeding at the moment.

“The puppies would not have survived into the night without food, so we’re lucky that the woman found them on her car when she did,” said Deann Shepherd, HSU spokeswoman. “Their survival is uncertain at this time since we do not know how long they have been without their mother or how long they were left in that box, but we’re very hopeful that they will make it.”

HSU staff is optimistic and have started looking for a foster volunteer who can take them home and look after this unique family, the release states.

The video above shows Kit nurturing and nursing the four puppies. 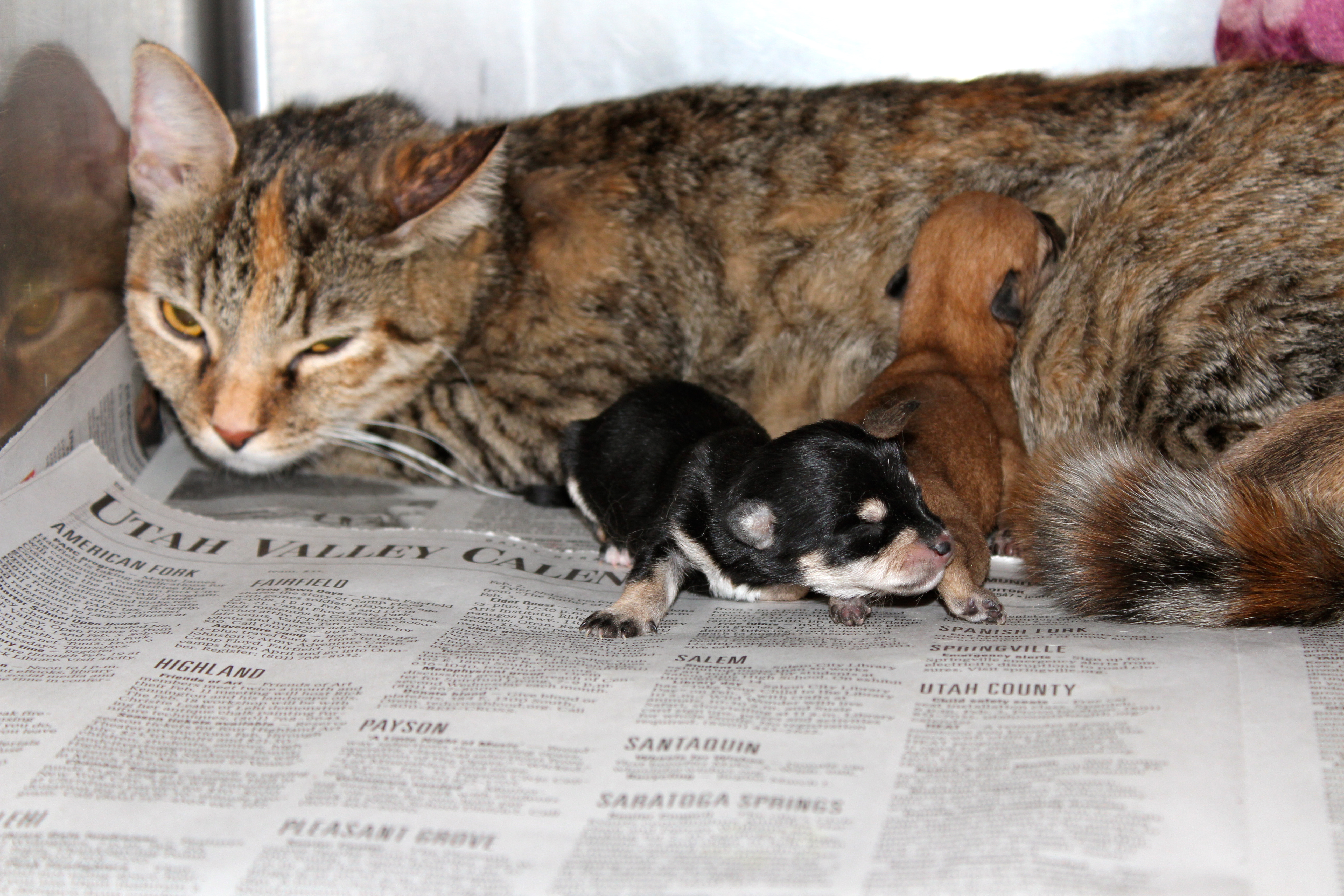