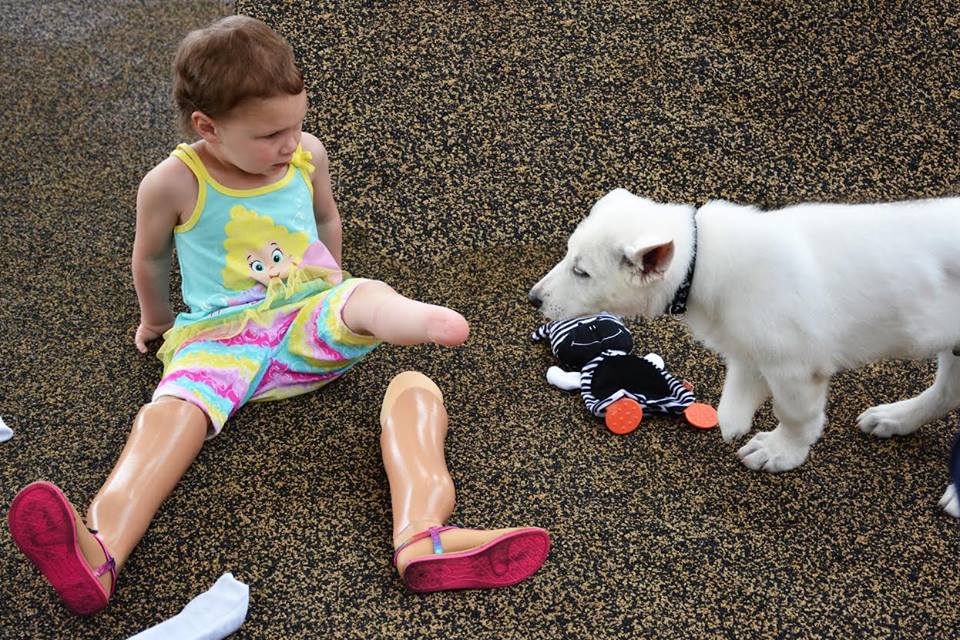 GREENVILLE, S.C. – A 3-year-old girl got a new buddy this week that has a little something in common with her.

Sapphyre Johnson was born with a birth defect that left her without feet and some fingers. Her new puppy, Lt. Dan, is missing a paw.

This puppy (& story) made my day! Toddler without feet gets puppy without a paw @shrinershosp http://t.co/7VzCdR32SD pic.twitter.com/zKkpzB0FtD

“A lot of kids don’t see other children or animals that have issues like they have,” the girl’s father, Matthew Johnson, told the Greenville News.

Lt. Dan, named after the character in “Forest Gump” who lost his legs in the Vietnam War, was one of nine puppies in his litter. He was the only one without a missing paw.

The Greenville News reported that some breeders told owner Karen Riddle to put the white German shepherd down, but she knew that was never an option. Many of her dogs have gone to people with special needs, so she decided to find a special child or wounded veteran. Shriners Hospital helped match the pup to Sapphyre.

At Shriners with sapphyre and her new puppy lt dan. Both missing feet pic.twitter.com/pZltRg3Jja