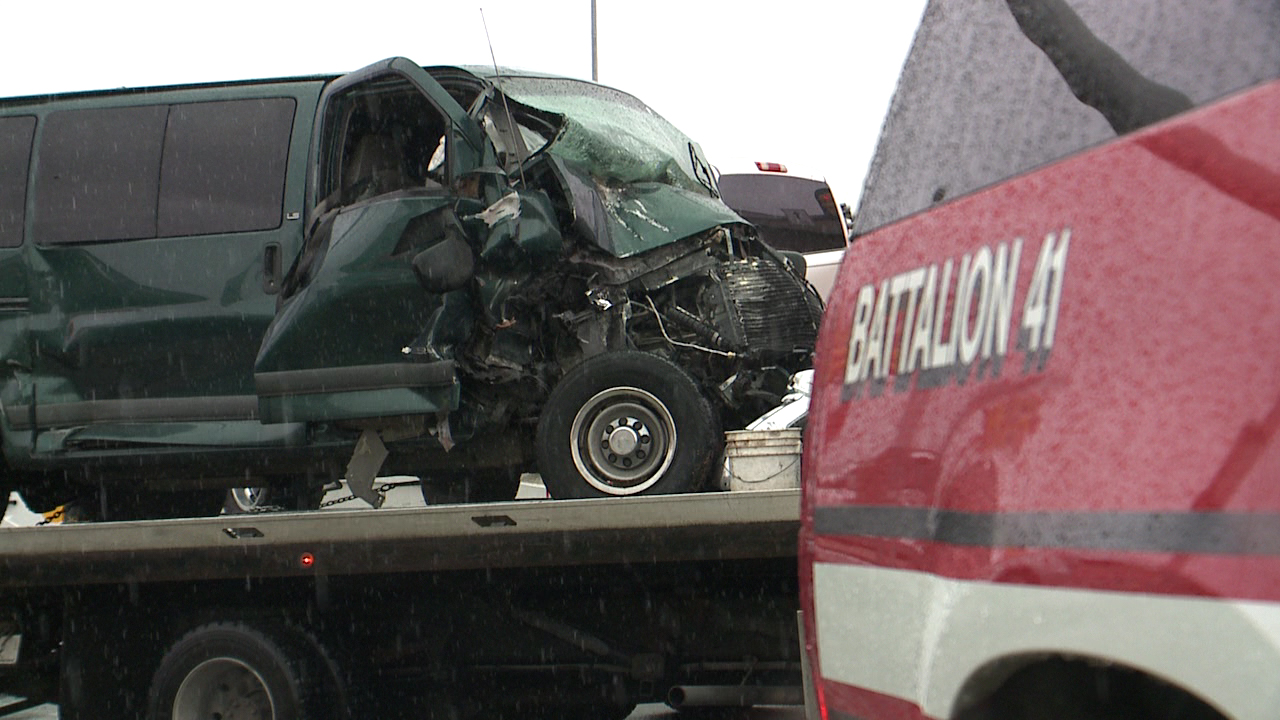 SOUTH SALT LAKE, Utah — Two people were taken to a hospital after an incident involving eight vehicles on State Street Saturday, and a driver told police his foot slipped off the brake and hit the accelerator as he approached the other vehicles.

The crash happened at 2450 South State Street in South Salt Lake around 6 p.m.

Witnesses said a northbound car sped toward several vehicles stopped at the red light, and that vehicle collided with those cars. A total of eight vehicles were involved.

A passenger in the car driven by the person who reportedly caused the crash suffered a broken leg, and one other person was transported to a hospital with minor injuries.

“It took some time getting tow trucks here obviously to haul away that many vehicles; it was pretty extensive,” said Lt. Darin Sweeten of the South Salt Lake Police Department.

Police said they don’t suspect drugs or alcohol were factors in the crash. The incident is under investigation and at this time it is not clear if anyone will be cited for the crash.