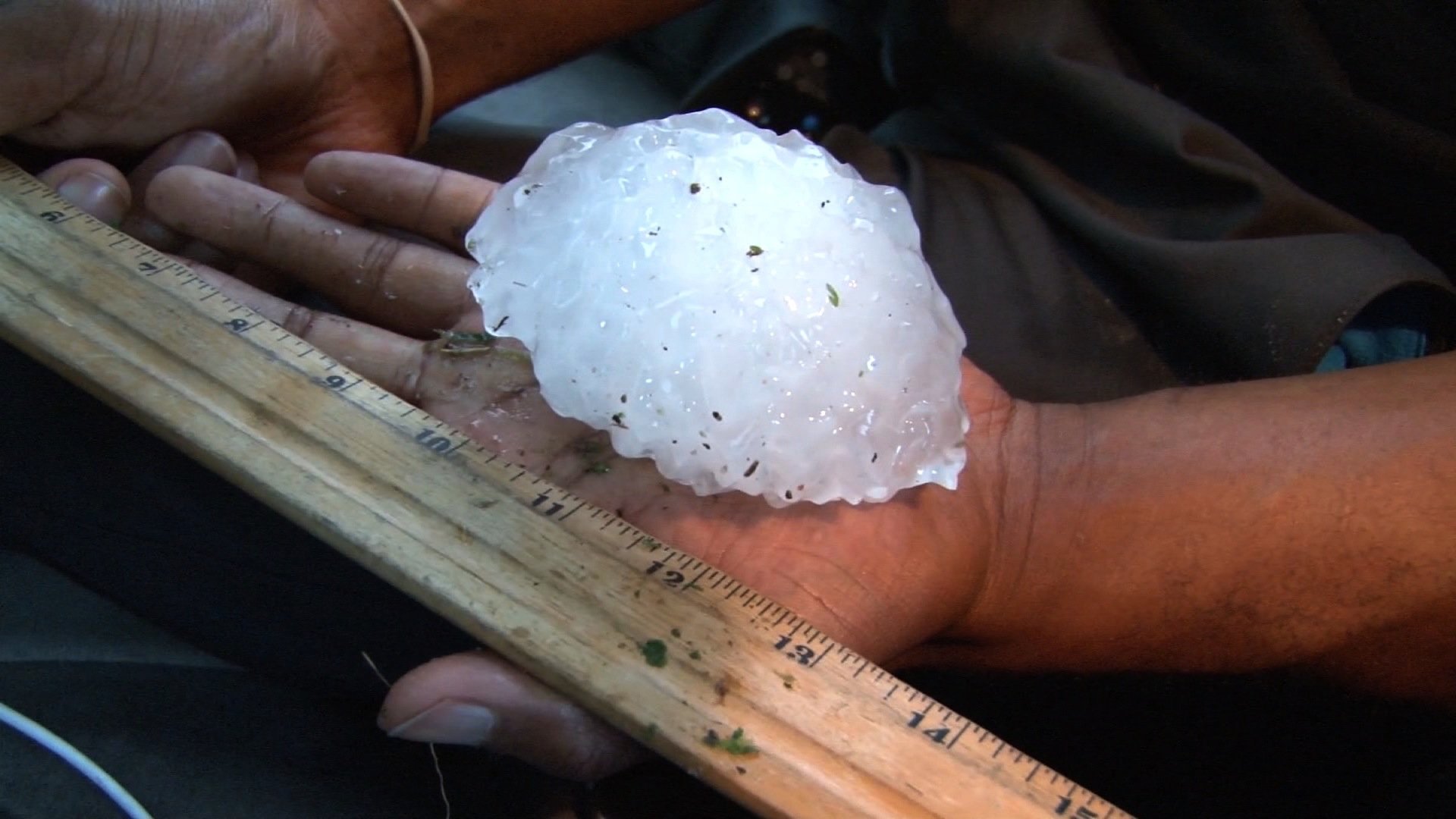 DALLAS – If that was a tornado, it was one monster of one. Luckily, so far it looks like no one was hurt.

With tornadoes touching down near Dallas on Sunday, Ryan Shepard snapped a photo of a black cloud formation reaching down to the ground. He said it was a tornado.

It wouldn’t be an exaggeration to say it looked half a mile wide.

It could have been one the National Weather Service warned about in a tweet as severe thunderstorms drenched the area, causing street flooding.

“To repeat–tornadoes (yes, two) likely W and E of Rio Vista. The one to the E of Rio Vista is a large, damaging tornado,” the NWS tweeted.

Luckily, it tore through countryside, and there have been no reports of deaths.

But surveyors had not been out to check for damage or casualties overnight because the weather was so bad, the weather service said.

There are reports of damage — including many roofs ripped off — in Rio Vista and Grandview, both outliers of Fort Worth.

Tempestuous clouds created dangerous, awe-inspiring funnels and disks as a front swept through. Residents reported hail the size of softballs and posted photos as proof.

By Ben Brumfield and Joe Sutton for CNN