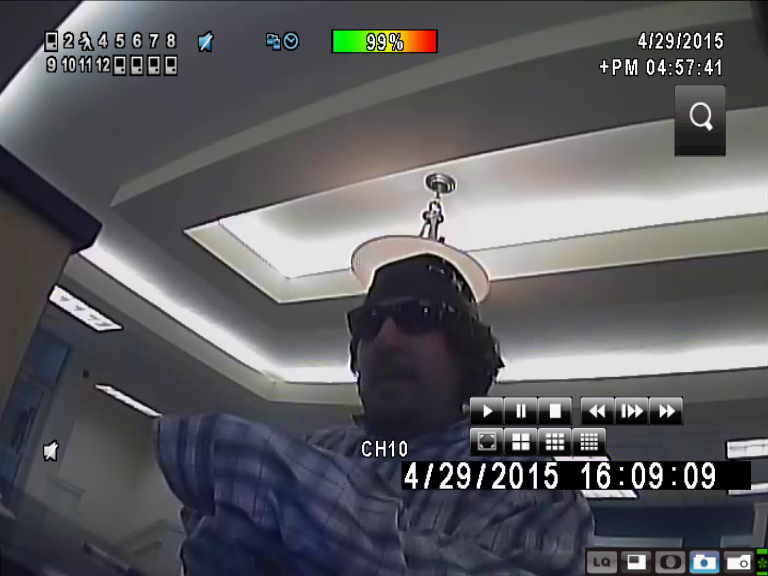 TAYLORSVILLE, Utah – Police have released images of a man suspected in a robbery at a credit union in Taylorsville Wednesday, and they are asking the public for help identifying and locating the man.

According to a press release from the Unified Police Department, the suspect entered the Hercules Credit Union, 3141 West 4700 South, around 4 p.m. and approached the teller.

The man fled on foot with an undisclosed amount of money and police searched the area but were unable to locate him.

The suspect, pictured above, is described as a Hispanic man who stands 5-feet 6-inches tall and weighs 200 pounds. He was last seen wearing a black wig and a bandana style hat as well as a long-sleeve, button-up shirt that was black and white.

Anyone with information about the man or the alleged robbery is asked to call the Unified Police Department at 385-468-9813.