Two in serious condition after SUV runs red light, flips on top of other car 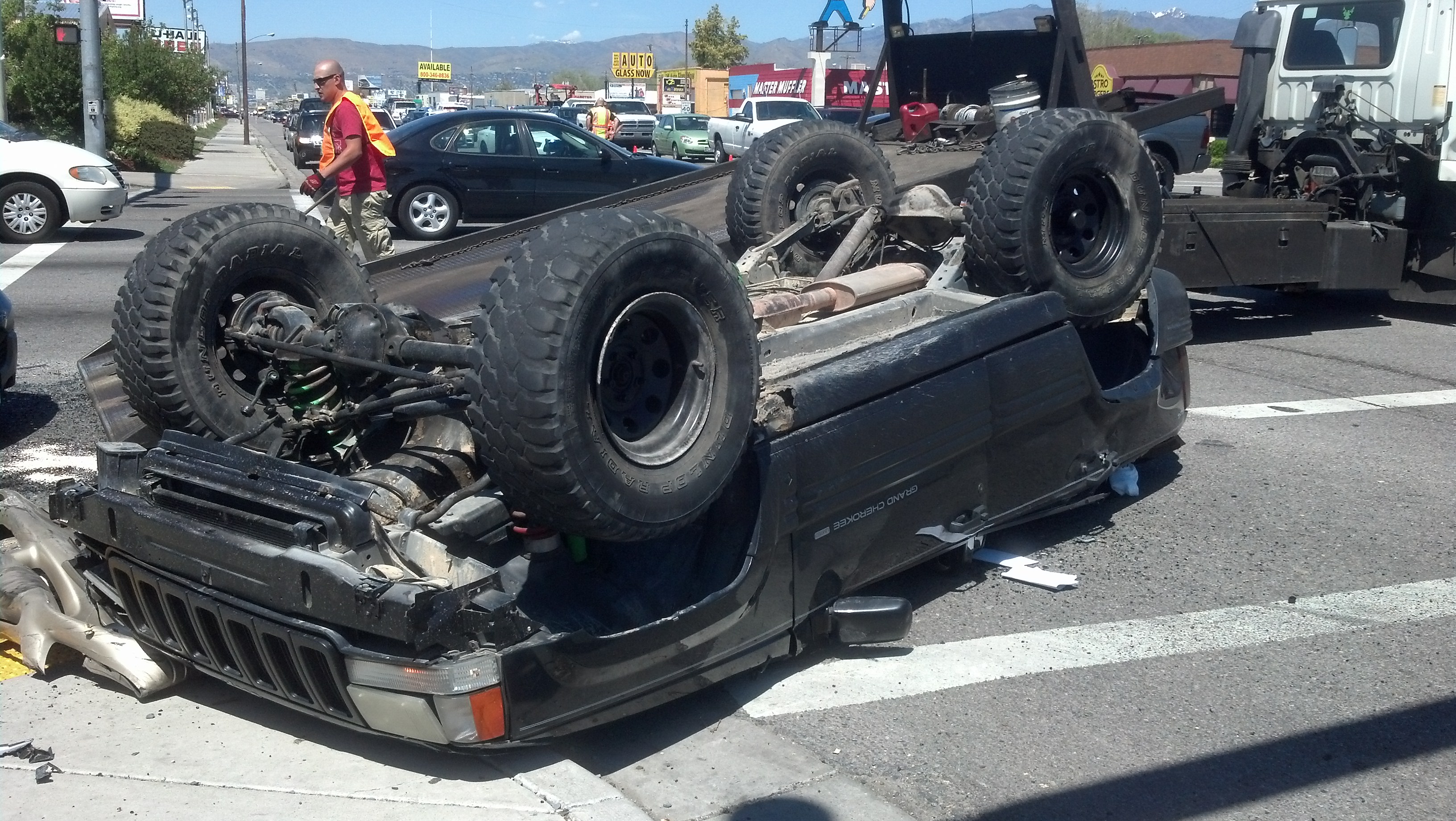 Editor’s Note: The Unified Police Dept. originally told Fox 13 no one involved in this accident was seriously injured. Upon further investigation, officers learned two people were taken to the hospital in serious condition.

MILLCREEK, Utah – Two people are in serious condition after police said a driver ran a red light and crashed in Millcreek.

Unified Police were called to the accident near 3900 S. State St. at about 2 p.m.

Officers said the driver of a Jeep Grand Cherokee ran the red light and crashed into a car waiting to turn left.

That caused the Jeep to flip and land on a Lincoln Navigator.

The drivers of both SUVs were rushed to the hospital in serious condition.

“It appears the driver of the Jeep had to escape out of his sunroof and crawled through the back of the vehicle to exit,” Unified Det. Ken Hansen said.

No one in the third car was injured.

Officials have not released the identities of those involved.

Hansen said officers believe the driver in the Jeep just didn’t realize the light was red.

Police have not said what charges the driver could be facing.

Authorities have not said if drugs or alcohol were factors in the accident.