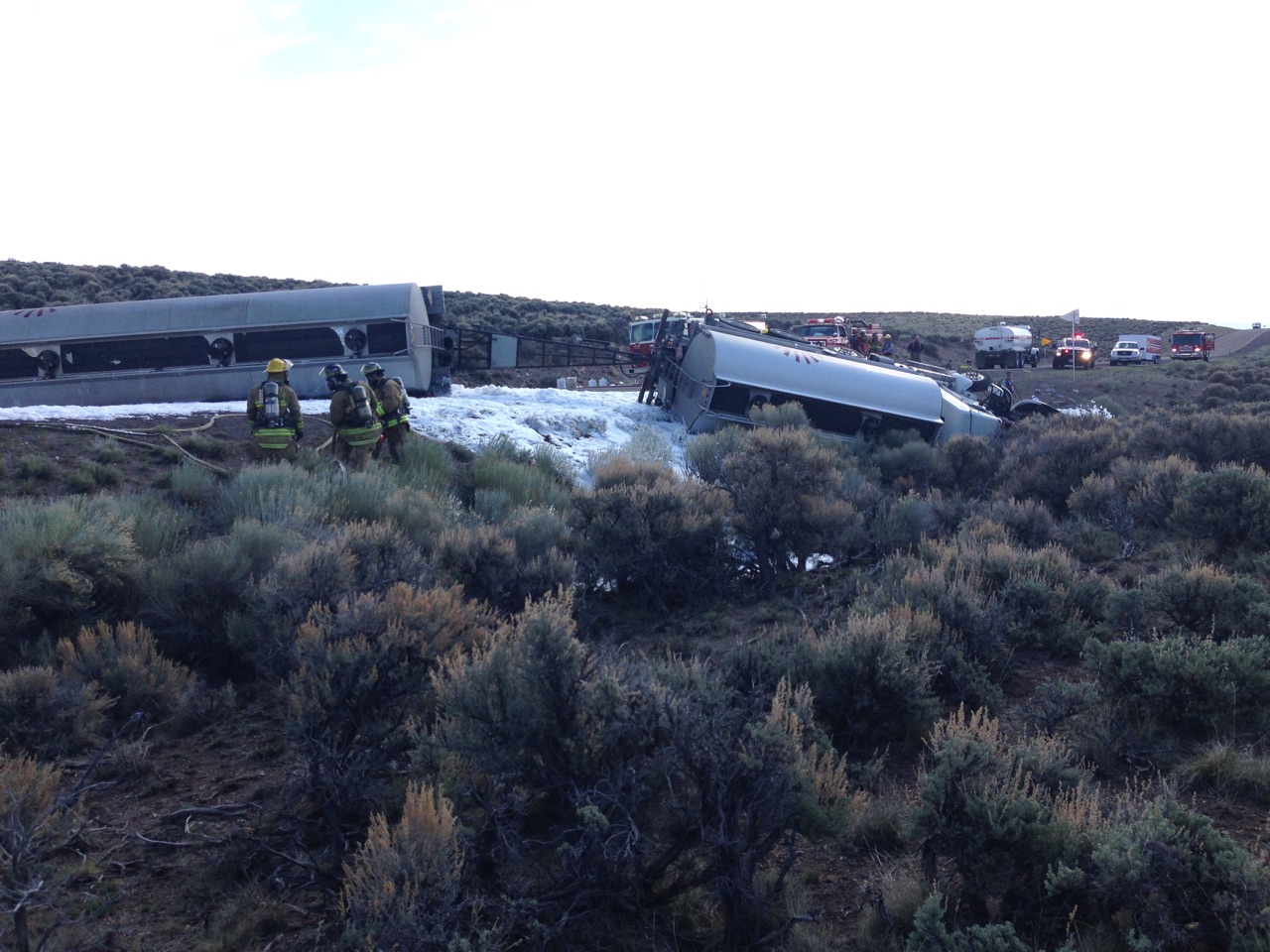 WAYNE COUNTY, Utah – Crews spent several hours cleaning up after a semitrailer hauling 10,000 gallons of diesel fuel rolled on Highway 24 in Wayne County and spilled an estimated 600 gallons onto the roadway Sunday morning.

According to a press release from Wayne County officials, the crash occurred around 8:15 a.m. on Highway 24 near mile marker 43.

The driver of the semitrailer told authorities he was coming down a hill when he went off the road slightly. As he corrected the vehicle, his rear tank fish-tailed and caused the truck to roll over, which blocked the entire highway.

Traffic was diverted onto the old Fishlake dirt road and Highway 25 at the Fishlake turn junction, according to the press release. As of about 4:25 p.m., officials said traffic was still being diverted but that they hoped to have the scene cleared in about an hour or less.

The driver of the semitrailer was wearing a seat belt and did not have any visible injuries from the crash. He went to a hospital to be checked out as a precaution.