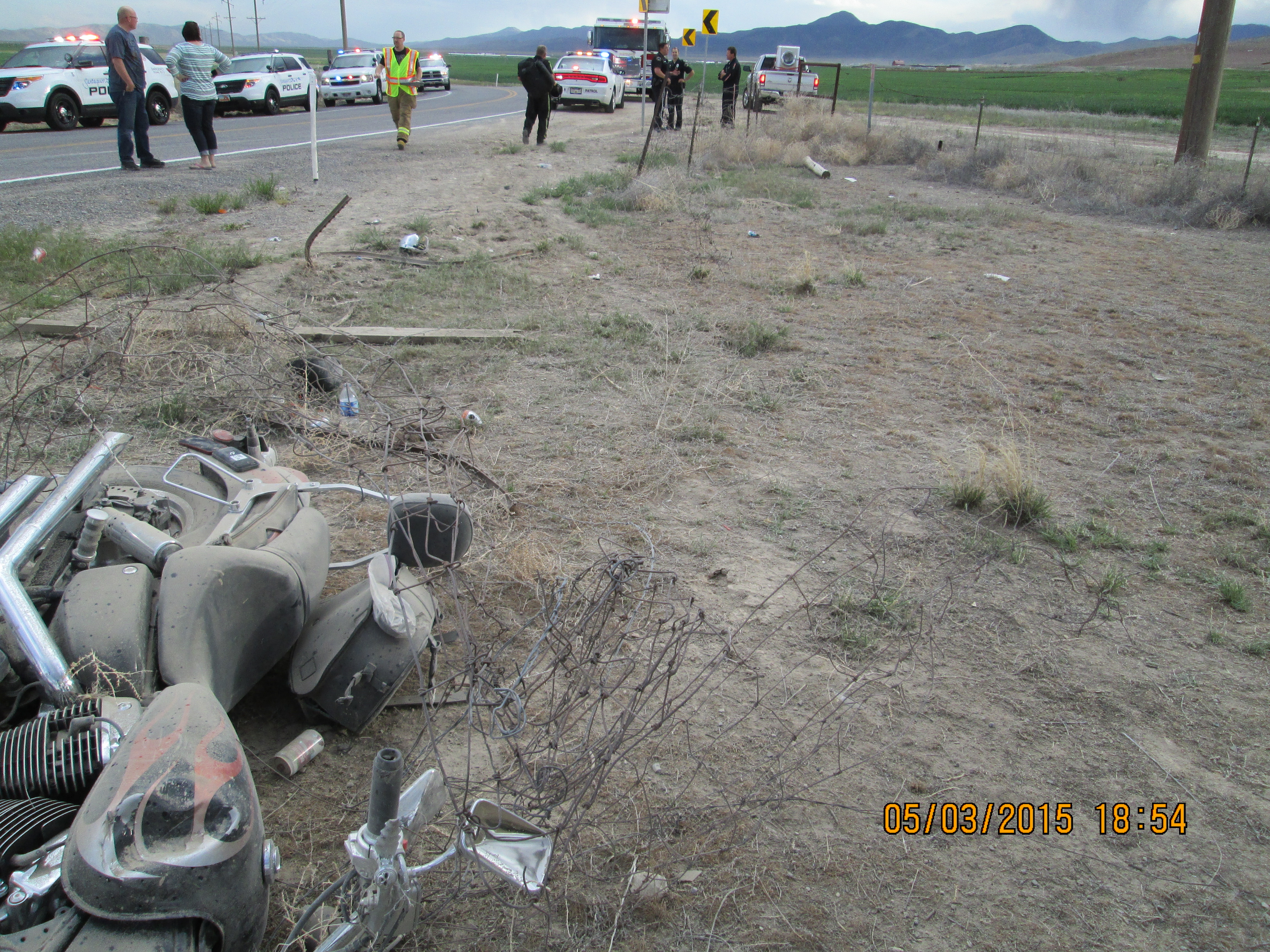 UTAH COUNTY, Utah – Authorities said a man from Idaho Falls has died and a woman is injured after their motorcycle crashed in Utah County.

Police said 47-year-old Patrick Killian was driving northbound on SR-68 at mile post 12 when his motorcycle left its lane and plowed into a barbed wire fence just after 6 p.m. Sunday.

Emergency crews said he died at the scene and his passenger, a woman who has not yet been identified, was rushed to the hospital in critical condition.

Officials said both were wearing helmets.

Authorities are investigating if speed was a factor in the crash.