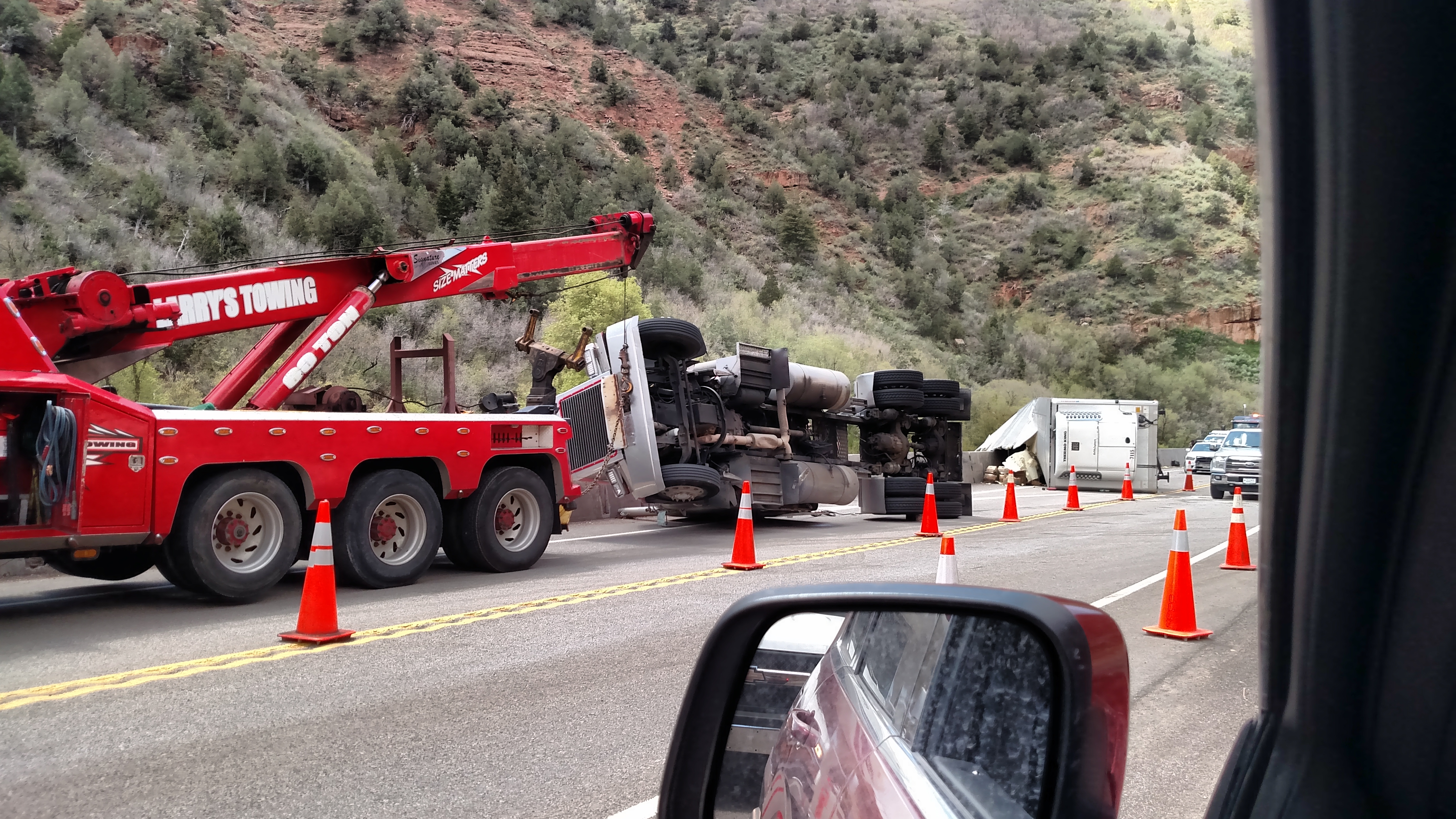 SPANISH FORK CANYON, Utah – Lane restrictions were in place on US 6 in Spanish Fork Canyon Sunday afternoon after a semitrailer carrying about 44,000 pounds of potatoes tipped and came to a rest on its side.

Sgt. Kelly Oaks of the Utah Highway Patrol said the crash occurred around 11:53 a.m. on US 6 in the area of mile post 193, and photos submitted by a FOX 13 News viewer show the aftermath of the crash.

Oaks said the truck, which was out of Idaho Falls, was carrying 44,000 pounds of potatoes. She said the driver tried to take a turn too fast, which caused the semitrailer to tip. There were no injuries associated with the crash.

Traffic was reduced to one lane in both directions as crews responded to the crash.