Tired of driving? No problem. Google’s self-driving car is hitting the open road 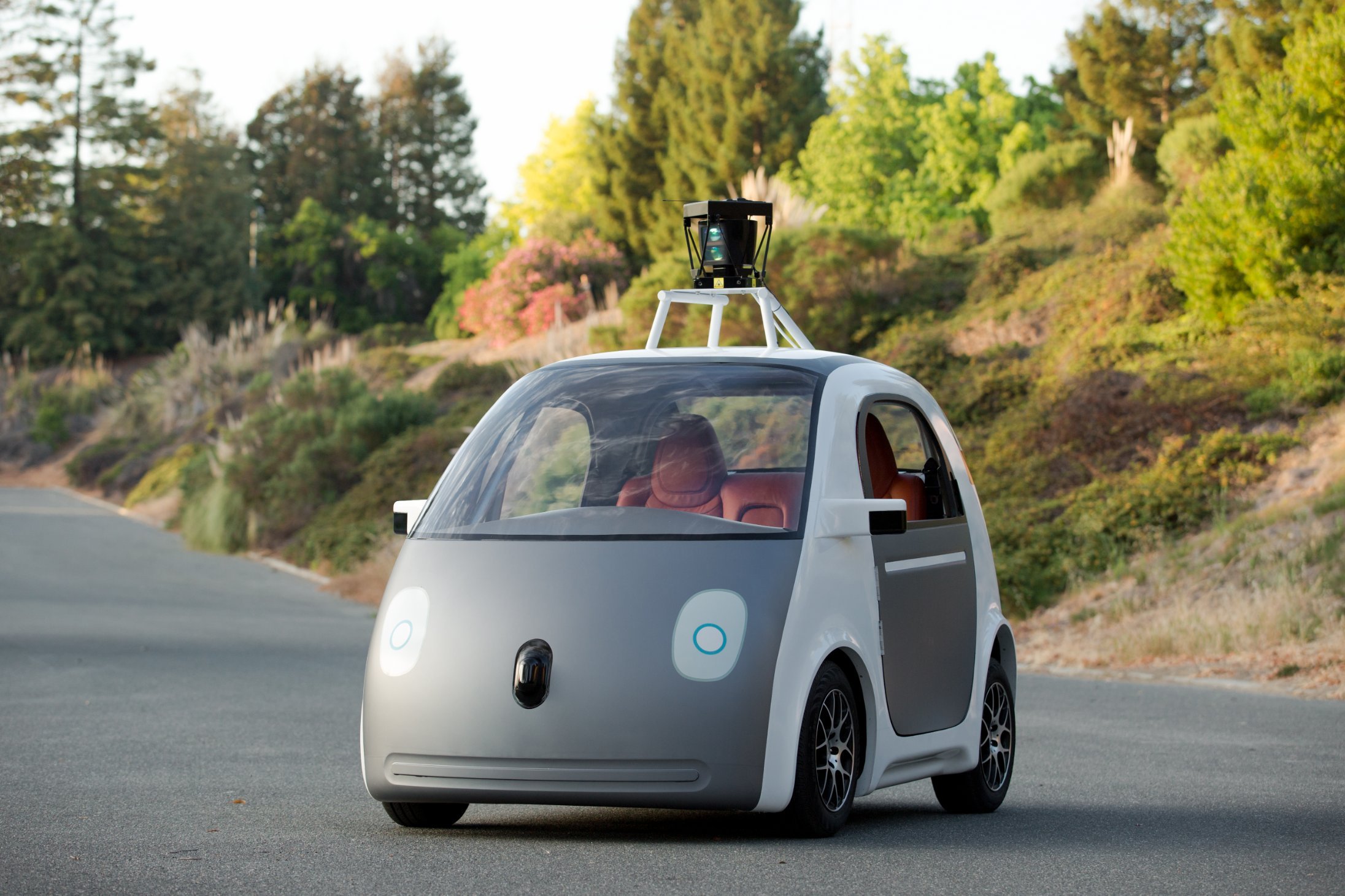 If you’re in Mountain View, California, you’ll be among the first to see them pass by.

In a blog post published Friday, Urmson says the cars will move at speeds no faster than 25 mph.

A human test driver will also supervise each ride, taking over control if needed.

Google’s self-driving cars are designed to work without permanent mechanisms such as a gas pedal or steering wheel.

To comply with California state law, however, the cars have removable steering wheels and gas and accelerator pedals which human drivers will use if they take control.

An early version of Google’s self-driving car prototype was revealed on May 27, 2014 in California. The car doesn’t have a steering wheel and pedals, because, Google says, “it doesn’t need them.”

When the tech company first started experimenting with self-driving technology, it modified existing cars, such as a Toyota, Audi and Lexus, by adding multiple cameras and sensors and an onboard computer.

These new prototype cars were manufactured by Google from scratch, but they are equipped with the same software that was used in its previous cars.

Earlier this week, Google revealed that the Lexus fleet has driven nearly a million miles on the road and suffered 11 accidents since testing began over six years ago.

None of the accidents were caused by Google’s cars, according to Google, and none of the incidents caused injuries.

Google is just one of many companies developing driverless car technology. Universities and major auto manufacturers such as BMW and Mercedes are working on similar vehicles. Google hopes to have its version on the road by the end of the decade.

But before self-driving cars can start ferrying us to work, companies need figure out ethical issues (does it hit a deer or crash into the median?), improve basic driving functions, and work with governments on legislation to allow driverless cars on all roads.

“We’re looking forward to learning how the community perceives and interacts with the vehicles, and to uncovering challenges that are unique to a fully self-driving vehicle,” Urmson said. “In the coming years, we’d like to run small pilot programs with our prototypes to learn what people would like to do with vehicles like this.”

By: Hope King for CNN. Additional reporting from Heather Kelly.