Horse rescued after falling into large hole in Weber County 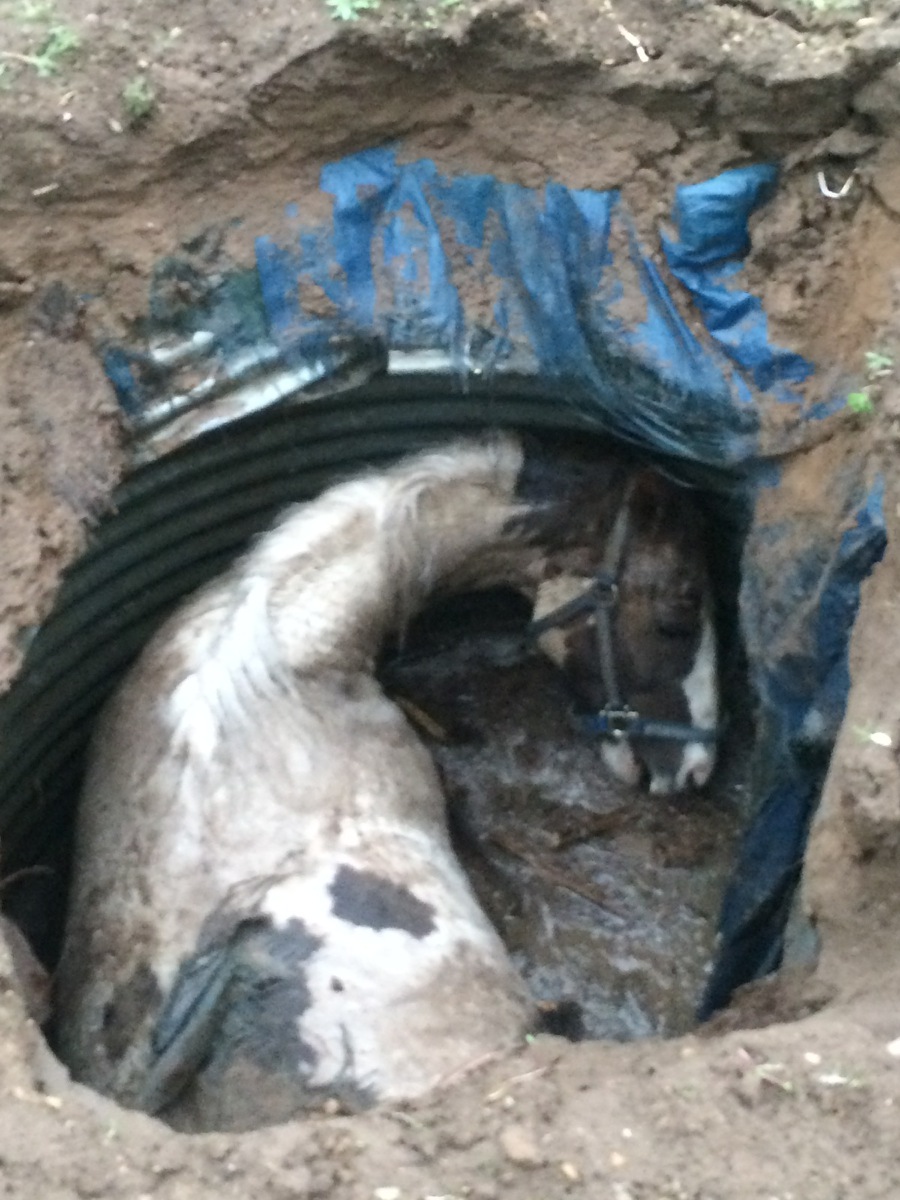 Officials said they were thankful the family had a tractor to help pull out the horse named “Brutus.”

According to Weber County, the hole was an old corrugated pipe previously used to collect water.

Animal control officers said the large pipe was covered with plywood and sand.

Deputies said the animal wasn’t seriously injured in the accident.