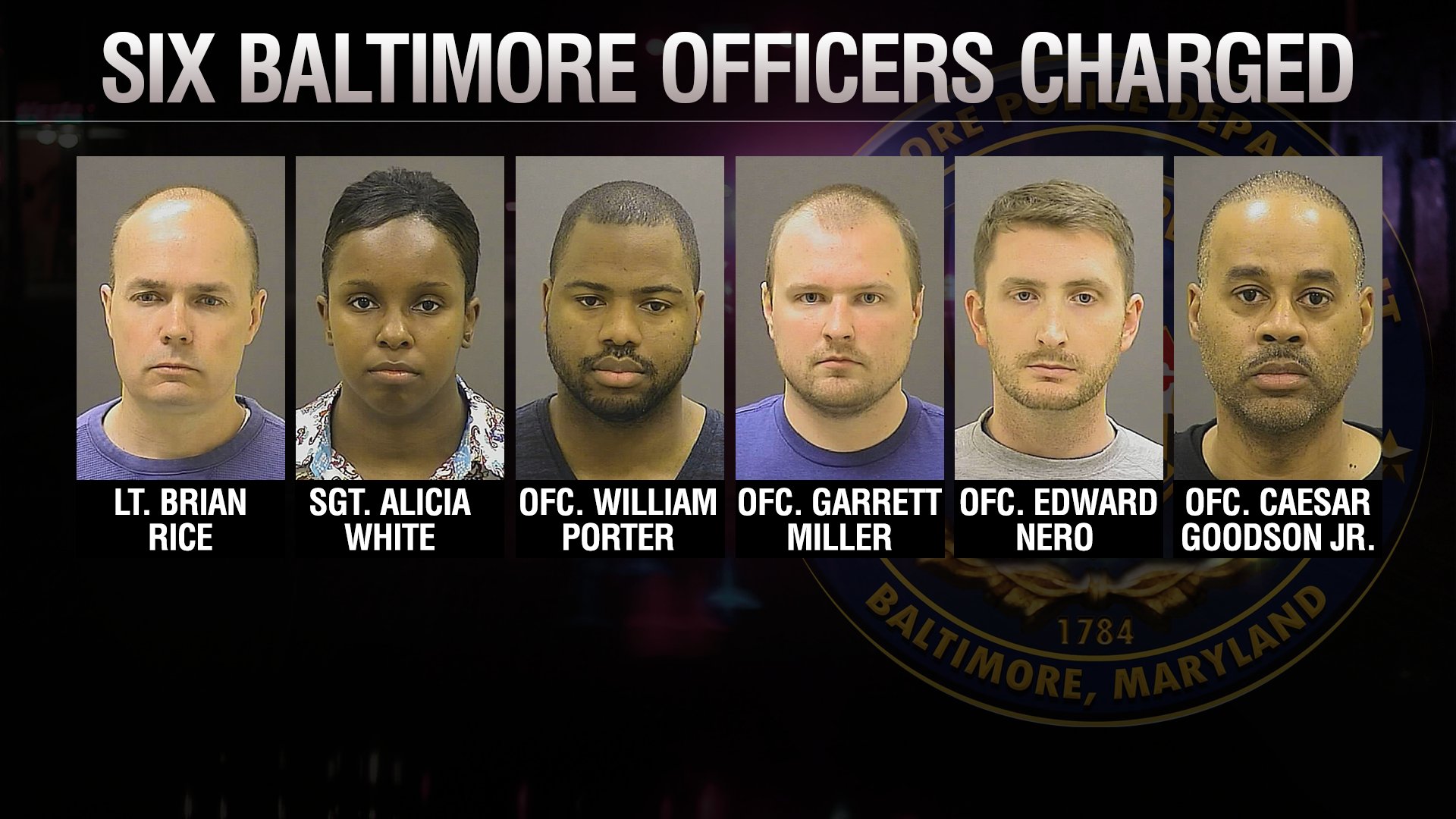 The officers are scheduled to be arraigned on July 2, she said.

Gray’s death last month after allegedly suffering a devastating injury while in police custody sparked protests and riots in Baltimore.

Earlier this month, Mosby said that charges had been filed against six officers in Gray’s death, an unexpected announcement that brought cheers from protesters and words of protest from the police union.

Attorneys for the officers have called for Mosby to be taken off the case, arguing that she has conflicts of interest — an accusation Mosby denies.

By Catherine E. Shoichet for CNN