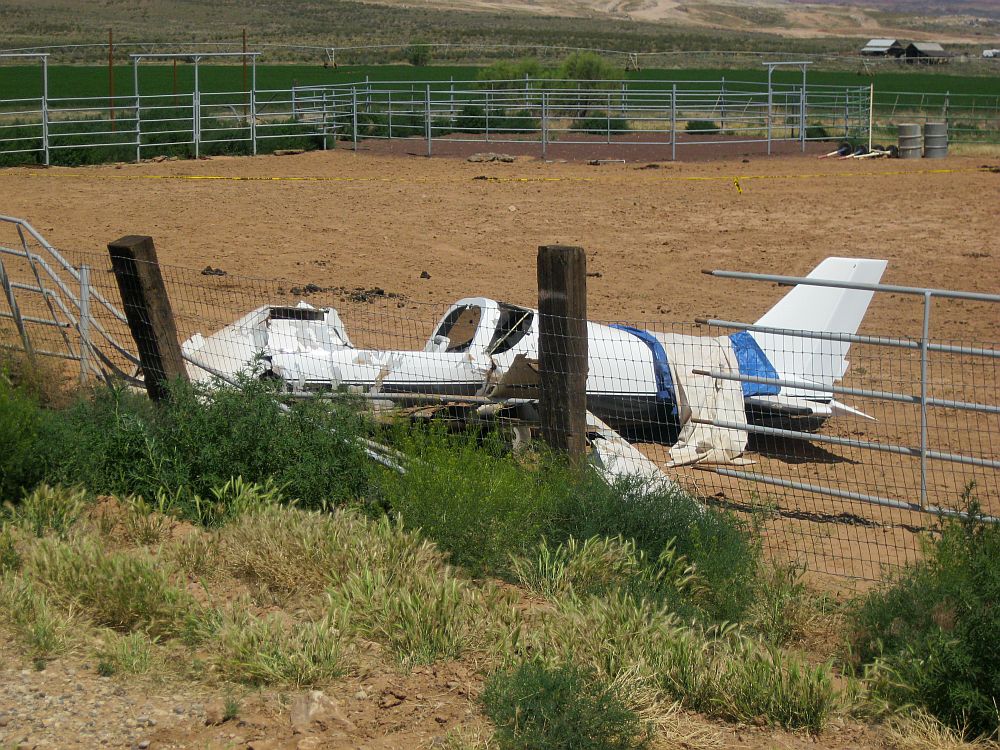 HURRICANE, Utah – A man suffered serious injuries in southern Utah Saturday after an experimental, amateur-built aircraft crashed a short time after take off, and photos from the scene show the damaged aircraft in a corral with horses and donkeys.

According to a press release from the Hurricane City Police Department, officers and medical personnel responded to a report of a plane crash in the area of 2050 South  800 West around 10:49 a.m. Photos from the scene courtesy St. George News show the aircraft in a corral with horses and donkeys.

The plane crashed into a coral just north of the Hurricane Airport, and witnesses reported seeing the aircraft take off and make two circles of the area before going down. The release states it appeared the plane was having mechanical problems that caused the engine to stall.

The pilot, a 62-year-old male, was taken to Dixie Regional Medical Center with serious injuries that included a laceration to his head and a possible leg fracture. There were no other reports of injuries, to humans or animals, in connection with the crash.

The release states the plane sustained extensive damage and appears to be totaled, and the crash is being investigated and the FAA has been notified.