Officials said the family was able to get out unharmed after a fire alarm woke them up at about 5:30 a.m.

Fire crews said the fire started in the garage near 2100 E. Pioneer Rd. but authorities have not confirmed what started it.

Here's what one viewer saw during her morning hike in #Draper. @fox13now pic.twitter.com/pl7FKBu2TC 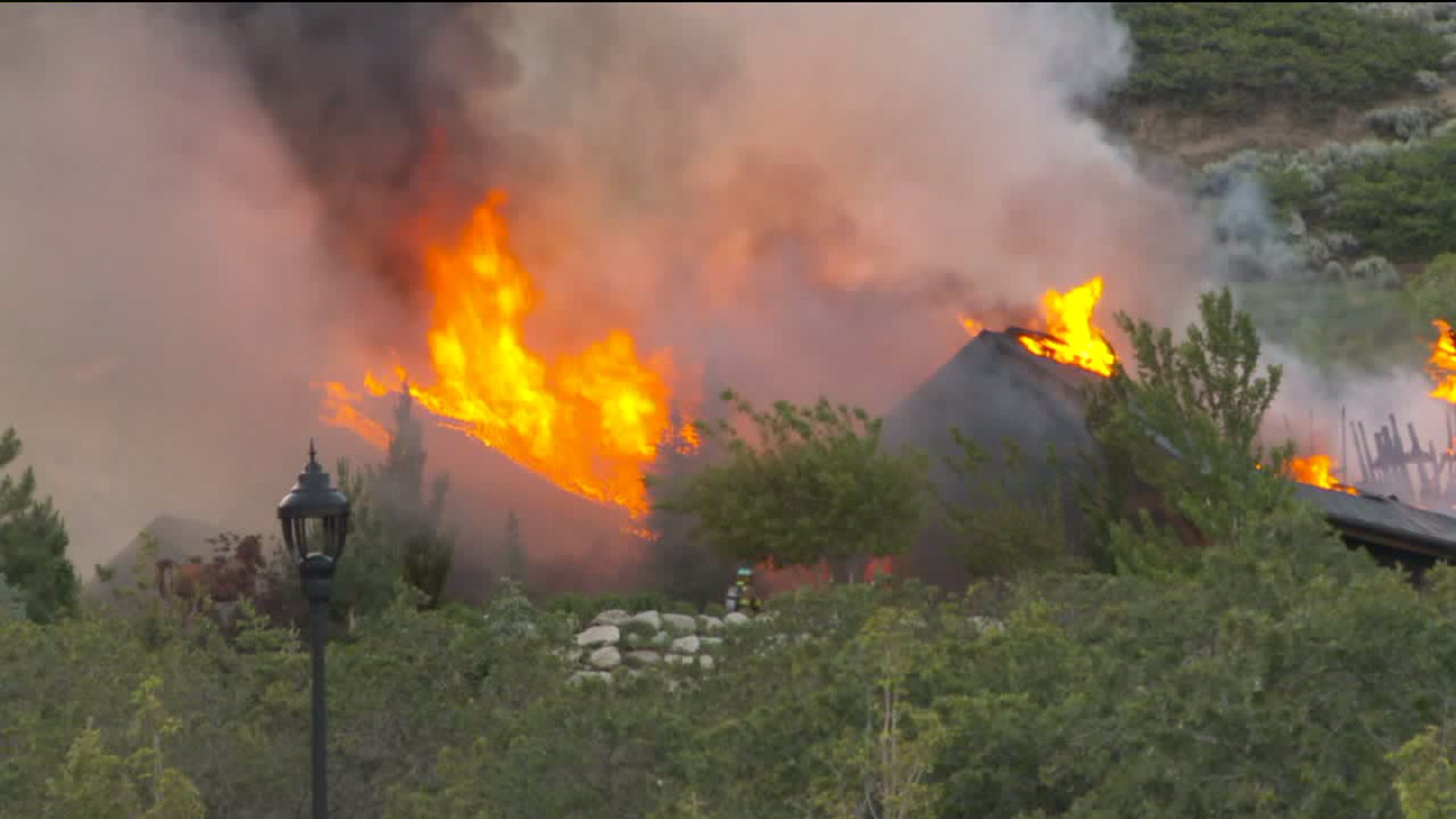 Fire investigators believe fire started in garage. Not sure about cause. #gdu

Fire officials say crews are in defensive mode. The challenge with this fire is that it's on such large property. Home is isolated. #gdu